Excellence Awards: Products of the year 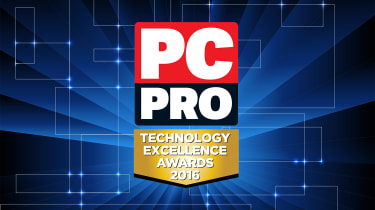 2016 has been a bumper year when it comes to new products, not only for laptops and phones, but in the business world too. Here are the picks from editorial staff at PC Pro. 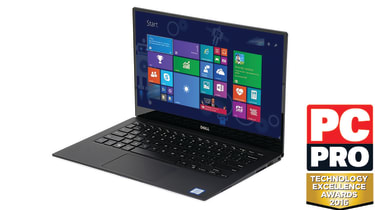 "It's tough to improve on what was already near-perfection," said editor-in-chief Tim Danton, "but that's exactly what Dell did with its updated Dell XPS 13. I own the previous version, which is already pretty darn quick, but Dell updated the processor to the Skylake generation and squeezed in a speedy NVMe SSD. Couple that with the already excellent screen, complete with bevel-free edges, and it's even more desirable than before."

Phone of the year: OnePlus 3 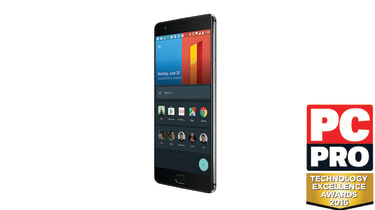 The OnePlus 3 was nominated by several PC Pro editors, including our reviews guru Jonathan Bray and columnist Paul Ockenden. "This isn't just another cheap 'China phone' Android clone," said Paul. "There's real innovation here. Fast charging, 6GB of RAM, the super-quick fingerprint scanner - they all make for a highly productive smartphone." Nor, as Paul was quick to point out, did it feel cheap. "It actually has a premium feel, despite being half the price of an equivalent big-name phone. What's not to like about that?" 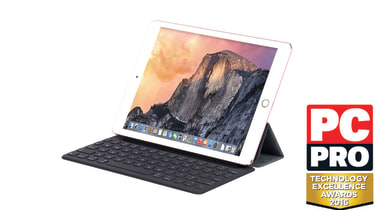 The iPad Pro 9.7 shot straight onto our A-List when we reviewed it five months ago, and has remained ever since. "It's the outstanding tablet of the year," said reviews editor Jonathan Bray. "Certainly not cheap when you consider the near-obligatory keyboard and pencil add 129 and 79 respectively, but in return you're getting an incredibly flexible machine. Just don't be fooled into thinking it can replace your laptop!" 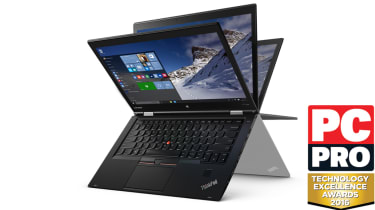 "No other manufacturer has embraced the convertible like Lenovo," said editor-in-chief Tim Danton. "It's already produced a number of nifty little IdeaPad Yoga devices, but applying the same engineering excellence to the ThinkPad range takes things one step further. The top-quality 2,560 x 1,440 14in screen is large enough to do serious work on, there's plenty of power on tap, and since it weighs under 1.3kg I'd be happy to carry it all day too."

Online service of the year: Dropbox for Business 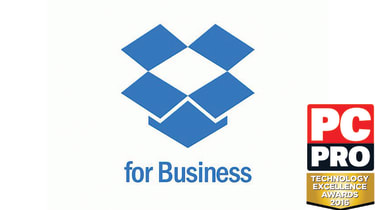 "Dropbox for Business is the best cloud storage/archive/team folder solution out there," said contributing editor Jon Honeyball. And he should know, having given almost all of Dropbox's competition a spin over the past few years. "For a very reasonable sum each month you're buying lots of storage, excellent platform support, unlimited versioning of your files, and management tools for groups of users."

App of the year: Citymapper 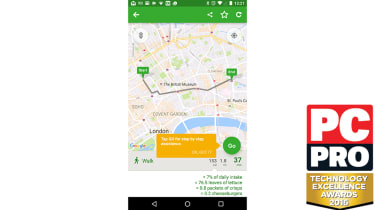 "I've tried many London routing apps," said editorial fellow Dick Pountain. "All employ Google Maps, TfL bus and Tube routing data, but only Citymapper gets the UI right. I can point to a map, type in a name or do a lookup on a partial name. It returns a whole menu of walking, cycling, driving, Tube and bus routes, with each displayed as a list of steps on the map. Clicking any step links directly to bus and Tube data. My only gripe is its pea-green colour scheme." 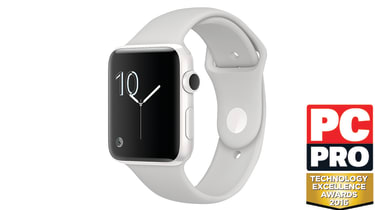 The Apple Watch wasn't our readers' favourite but reviews editor Jonathan Bray believes the Series 2 is a huge step up. "Now with an emphasis on fitness - note the built-in GPS and waterproofing - it moves away from its smartwatch rivals. Plus, fitness fans no longer need dedicated devices." 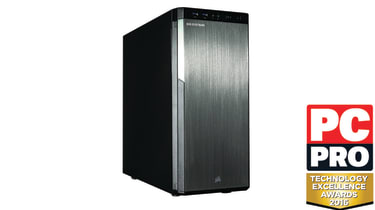 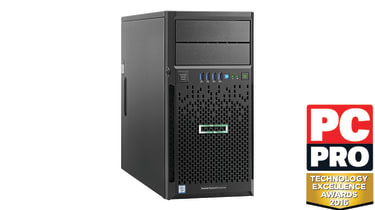 "Small businesses looking for their first server won't go wrong with HPE's ProLiant ML30 Gen9," said Dave Mitchell, who should know: he reviews all such hardware for PC Pro in our monthly section called The Network. "This highly affordable tower has plenty of power on tap, standard-setting remote management and tonnes of room to expand. It's a great long-term investment." 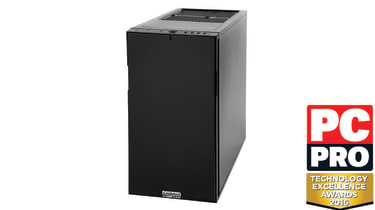 "Often when I review PCs there's a nagging doubt - maybe the case doesn't feel good enough, maybe it's too noisy, maybe there isn't enough storage potential, or maybe it's just a bit slow," said Tim Danton. "The moment I took the Photo OC VII out of the box, though, I wanted it, with an overclocked Broadwell-E CPU matched with a GeForce GTX 1070 and a lovely Samsung NVMe SSD. Selfishly, Chillblast asked for it back."

Software of the year: Microsoft Windows 10

As part of our Excellence Awards survey, we ask readers for "software of the year" nominations. And there was a clear winner: Windows 10. "While it was officially released in July 2015," said editor-in-chief Tim Danton, "Windows 10 has had enough updates in the past year to almost qualify as a new product in its own right. The Anniversary Update has neatened things up nicely, although I have made the Start menu smaller!" 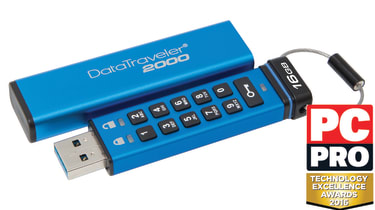 "If you're serious about portable data security," said real-world columnist Davey Winder, "hardware-based encryption is a must. But you need to trust the device, and that's where the DataTraveler wins out: great build quality, hardware-based full disk 256-bit AES encryption utilising XTS block cipher mode, and a self-destruct option after ten incorrect PIN attempts. I don't travel anywhere without it."