The new Raspberry Pi 4 is “basically a PC” 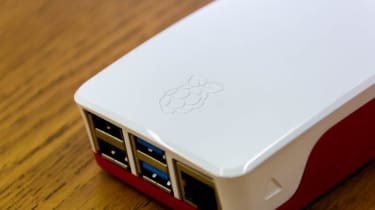 The Raspberry Pi Foundation has unveiled the fourth generation of its flagship single-board microcomputer, the Raspberry Pi 4 Model B, which founder Eben Upton claims is "basically a PC".

"Raspberry Pi 4 is our first 4k-capable product, and our first product to deliver PC-like performance for the majority of users," Upton told IT Pro. "We're hoping it's the next step in our mission to get general-purpose programmable computers into more people's hands, and of course into the hands of children who might grow up to be software and hardware engineers."

The new model introduces a number of new features; the HDMI port used on previous versions has been replaced by a pair of micro HDMI ports, giving it the ability to output to two external 4K monitors at 60fps. This more demanding visual output is supported by more powerful components, including a 1.5GHz Broadcom BCM2837 quad-core SOC.

This is paired with up to 4GB of RAM, and for the first time in Raspberry Pi history, customers will have multiple RAM allocations to choose from. The base version comes with 1GB of RAM, but this can be upgraded to 2GB or 4GB, depending on the power required.

Impressively, the foundation has maintained its signature price-point despite these changes. Although the 2GB and 4GB versions have an MSRP of $45 and $55 respectively, the entry-level 1GB configuration still costs just $35. The foundation has been steadfast about maintaining this starting price, in order to make sure the product remains as accessible as possible.

The new release is perfectly in line with the company's roadmap; the Pi 3, which launched in 2016, was predicted to have a three-year lifecycle. Upton previously told IT Pro that it would be "a long road to get to Pi 4", principally due to the fact that the company had reached the limit of what it's previous manufacturing process could offer.

"We were on 40nm, and this marks our shift to 28nm," Upton said. "It's amazing how much performance a process transition gives you."

Through its flagship store, the foundation will also be selling desktop kits, including a mouse, keyboard and connecting cables, for 105 including VAT. To find out how the new Raspberry Pi 4 Model B performs in practice, read our full review.