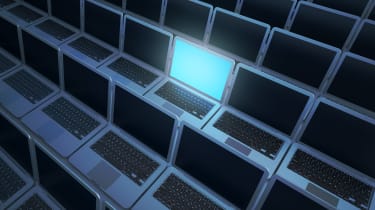 Worldwide PC shipments have fallen for the fifth year in a row according to Gartner, continuing the industry's seemingly unstoppable decline.

Analysts have blamed the continued slump on a lack of practical innovation within the PC sector, with Gartner's principal analyst Mikako Kitagawa noting that "the broad PC market has been static as technology improvements have not been sufficient to drive real market growth".

"There have been innovative form factors like 2-in-1s and thin and light notebooks," she noted, "as well as technology improvements, such as longer battery life," but pointed out that despite high engagement from pro-sumers, "the market driven by PC enthusiasts is not big enough to drive overall market growth".

Slowdown has also been blamed on an increasing reliance on smartphones, as the gap in capability between mobile and PC narrows. "There is the other side of the PC market, where PCs are infrequently used. Consumers in this segment have high dependency on smartphones, so they stretch PC life cycles longer," Kitagawa said.

While there were certain niche sectors of the market that are still likely to see growth over the next year such as the business and gaming segments she predicted that these areas would not be enough to reverse the decline of the PC market in 2017.

Analysts also warned that the UK was likely to be hit particularly hard by Brexit, with prices expected to rise by up to 10%.