The most innovative 3D printing companies 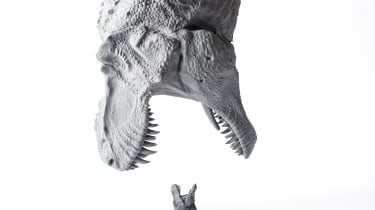 Although 3D printing only seems to have jumped into life over the last few years, the technology behind using a printer to create all kinds of weird and wonderful objects has actually been around for more than three decades.

Enter the 21st century and 3D printing has come on leaps and bounds, enabling businesses to manufacturer everything from computer components, casings, toys, artificial limbs and everything in between for much lower costs than using traditional methods of manufacture.

In fact, 3D printing is expected to revolutionise the entire manufacturing industry, reducing companies' supply chain lines to just a handful of factories as the need to ship parts from all over the world disappears. Instead of having some parts built in China, some in the US and others in India, designs could conceivably be built by one or two suppliers, as long as they're able to source the materials they need.

This would not only mean goods would be faster to build and ship, but that they could be cheaper too, with the price having to cover far fewer costs than now.

Here are just some of the innovative 3D printing businesses out there.

Selling its flagship product, the DragonFly 2020 Pro 3D printer, to customers as varied as US defence companies and China-based Aurora Systems, a 3D printing software firm, Nano Dimension is at the forefront of the developing technology.

The vendor is able to print multilayered circuit boards, speeding up the process of creating parts for such kit that are normally put together in factories. This really demonstrates the power of 3D printing, by reducing the time it takes to build circuit boards from months to as little as days.

Nano Dimension won the IDTechEx Award for Technical Development Materials for its multi-material printer in April 2018, its third award since launching the DragonFly 2020 Pro in September 2017.

The company has a vision of directly printing circuit boards onto other components in future, saving space in electronics and potentially making it possible to create a smartphone even slimmer than those we're used to today.

Definitely a company to keep your eye on if you're in the electronics business. 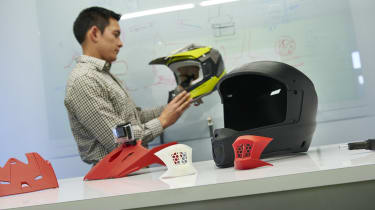 Formed in 1989, Stratasys is one of the oldest and largest players in additive manufacturing. Today the company not only produces its own 3D printer range, but also has partnerships in healthcare, aerospace, education, and even helped create the first car built with 3D printed bodywork and windows.

The company has achieved a number of 'firsts' in its time, including the world's first multi-material printer, the first desktop 3D printer, and the first company to produce a thermoplastic material.

In terms of getting the industry to where it is today, Stratasys has been fundamental to the growth and development of 3D printing technology.

This darling of the printing industry was the first company to make use of Continuous Liquid Interface Production (CLIP) with its M1 3D printer. While traditional additive processes usually have a tradeoff between surface finishes and mechanical functions depending on their purpose, CLIP is the first process to perfect both by creating objects from a liquid bath.

CLIP is a photochemical process that uses light and oxygen to rapidly produce parts from a resin pool. The effect gives the impression that the object is being lifted out of the resin instead of being built up layer by layer, the standard process in other 3D printers.

An 11 hour process using traditional 3D printing technology could take as little as six and a half minutes using CLIP. 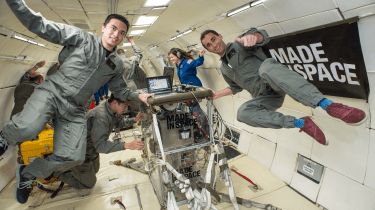 As its name suggests, this startup was the first company to develop 3D printing technology capable of operating within zero gravity, providing additive manufacturing on board the International Space Station (ISS).

Designed and purpose built for NASA, the Zero-Gravity 3D printer is able to filter out toxic gases and nanoparticles to protect the integrity of the manufacturing process. This essentially turns the ISS into an orbiting manufacturing plant, and opens up a wealth of opportunities for future space exploration. Since launching last year (if you'll pardon the pun), 67 parts have been printed off-world.

Not only does this allow the ISS crew to produce replace parts or fix faulty equipment, it cuts down on the staggeringly high costs of sending supply runs from earth. 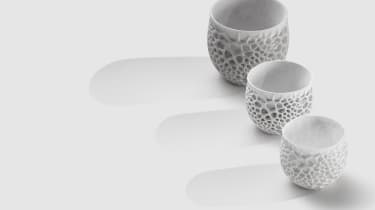 Not only was this leading 3D printing company one of the first to create a printer suitable for the mass market, it is also at the forefront of innovating with new materials.

At CES 2017 the company unveiled Form X, a new platform designed to put the latest materials and research tools into the hands of industry experts. As the first experimental products of this new initiative, FormLabs introduced new ceramic and grey resins to its expanding list of materials.

These resins are capable of producing prints that look and feel remarkably like ceramic objects, and are strong enough to be fired and glazed.

These new tools join an existing library of materials, including resins for dentistry, clear glass-like polymers, and a range of durable resins designed for engineering projects. 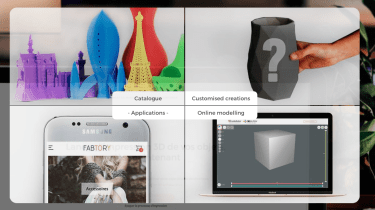 This French-based online printing platform provides a means for 3D printing enthusiasts to offer their services to the general public. The service caters not only for smaller personal projects, but also professional work on a large scale.

The company, which is essentially the AirBnB of 3D printing, announced recently it would be expanding its platform to the UK market, turning a fairly expensive technology into an accessible and affordable resource.

3D printers joining up as providers are able to 'bid' on projects that often have specific requirements and a need for certain expertise. The platform not only caters for your printing needs, but also helps you design and model solutions.

When you think of 3D printing you may imagine toys, ornaments, or replacement parts, but one startup is exploiting the on-demand nature of the technology to revolutionise our relationship with food.

Food Ink, headquartered in the Netherlands, has perfected the first 3D printed dining experience, including everything from the food you eat to the furniture you sit on. Food is created using a paste from edible toner, that can then be shaped into a pattern or structure.

A quote from its website reads: "The goal of Food Ink is to use the universal language of food as a fun and accessible way to promote awareness about the amazing possibilities of 3D-printing and other promising new technologies."

Following some successful trials in London, the company is currently on a 2017 world tour, providing a nine-course gourmet experience through a one of a kind 'pop-up' style restaurant. 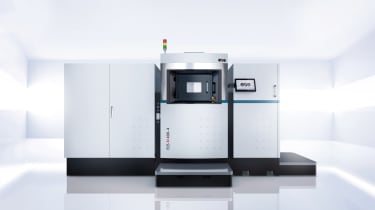 It was founded by Hans Langer who wanted to produce 3D objects directly from CAD data, using laser technology. EOS has continued to grow and now employs more than 1,000 people worldwide. Langer is a laureate of the Bavarian State Medal and received the German Innovation Prize in 2007.

EOS is present in a wide range of markets including aerospace, automotive, lifestyle, medical, tooling and rapid prototyping. It also has a global presence as it works in Africa, America, Asia, Europe and Russia.

One of its customers is Airbus Defence and Space, one of the world's leading suppliers of satellite and space transport technology. EOS provided additive manufacturing technology to design components for each satellite and production time for the parts they produced fell to less than a month.

Siemens Industrial Turbomachinery is another customer who EOS helped to replace damaged gas turbines. Using its additive manufacturing technology, EOS was able to repair damaged material from the turbines, and only remove the damaged components.

The company has a development partnership with car manufacturer Audi and also cooperates with the University of Wolverhampton.