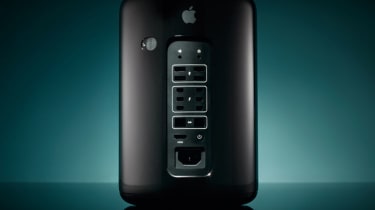 A complete redesign of the Mac Pro is on the horizon, after Apple admitted the current business-centric computer hasn't really hit the market it expected it to, according to Buzzfeed.

"We designed ourselves into a bit of a corner," Craig Federighi, Apple's SVP of software engineering said. "We wanted to do something bold and different. What we didn't appreciate completely at the time was how we had so tailored that design to a specific vision that in the future we would find ourselves a bit boxed in into a circular shape."

As well as offering a more tailored computer, the company will also create a professional-class display to ship alongside its new business offering, the company's Phil Schiller, SVP of worldwide marketing, told press at a roundtable earlier this week.

"We are completely rethinking the Mac Pro," Schiller said at a press recent roundtable. "Since the Mac Pro is a modular system, we are also doing a pro display. There's a team working hard on it right now."

He said the company is hopeful it can address the professional market, something that the current Mac Pro doesn't quite achieve. As well as boasting top of the range hardware when it's launched, the Mac Pro will also be futureproofed against any new technical enhancements, with a modular system lending itself well to such a vision.

"We made something bold that we thought would be great and what we discovered is that it was great for some and not others enough so, that we realised we had to take another path ... and look for the next answer," Schiller said.

However, don't go putting money aside for a new professional Mac Pro this year. There's still a long way to go until it will be ready to start shipping, Schiller said.