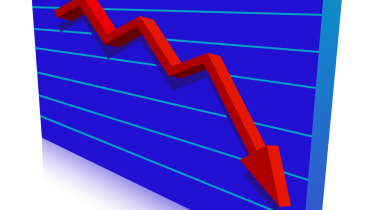 Gartner has more bad news for the worldwide PC industry: shipments fell by 2.4% in the first quarter of 2017, while in EMEA, that number rocketed to 6.9%, showing turbulent times ahead.

Total shipments fell to less than 63 million for the first time in 10 years, as consumers stop replacing old PCs, instead opting to use tablets and smartphones instead. The business PC market showed modest growth, however, but this couldn't prevent the whole market experiencing a negative impact.

"While the consumer market will continue to shrink, maintaining a strong position in the business market will be critical to keep sustainable growth in the PC market," Mikako Kitagawa, principal analyst at Gartner, said. "Winners in the business segment will ultimately be the survivors in this shrinking market.

"Vendors who do not have a strong presence in the business market will encounter major problems, and they will be forced to exit the PC market in the next five years. However, there will also be specialised niche players with purpose-built PCs, such as gaming PCs and ruggedised laptops."

The shrinking consumer market will lead vendors to boost their business offerings, Kitagawa said and any vendors not prepared to shift their efforts to business is at risk of losing out considerably.

"The top three vendors  Lenovo, HP and Dell  will battle for the large-enterprise segment," Kitagawa added. "The market has extremely limited opportunities for vendors below the top three, with the exception of Apple, which has a solid customer base in specific verticals."

Another challenge the worldwide PC market has to address is the increasing cost of PC manufacture, Kitagawa continued. Not only are components more expensive than they used to be, but there are also major shortages of some parts, driving up the prices even more. This is off-putting to consumers, she said.

"DRAM prices have doubled since the middle of 2016, and SSD has been in short supply as well. The price hike will suppress PC demand even further in the consumer market, discouraging buyers away from PC purchases unless it is absolutely necessary.

"This issue will grow into a much bigger problem in the second quarter of 2017, and we expect it to continue throughout 2017."