The company will also integrate the technology into its processors 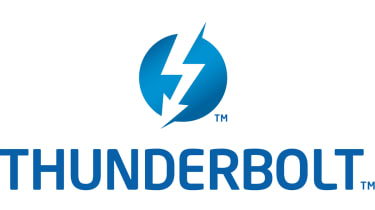 Intel will be making its Thunderbolt 3 port technology more accessible in order to increase its adoption rate, the company has announced.

Thunderbolt 3, a port technology that uses the USB Type-C connection standard, is capable of a blistering data transfer rate of 40Gbps, and offers simultaneous power, data and video transfer capabilities, likely making it capable of fulfilling all your connection needs.

Including Thunderbolt 3 support in a device requires a special controller chip though, a chip that is currently manufactured exclusively by Intel.

However, in order to drive up adoption of the technology, Intel has announced that it will be building Thunderbolt 3 support directly into its processors, meaning that manufacturers will no longer need to worry about including a dedicated controller chip for Thunderbolt 3 support.

In addition to this, Intel is also announcing that it will be making the specifications for Thunderbolt 3 technology freely available, with no royalties. This means that third parties and other companies will be free to include Thunderbolt 3 support in their devices at no added cost, which could spur adoption significantly.

The Thunderbolt 3 specs will be published next year, but Intel did not release any information regarding which specific processor models would be receiving integrated Thunderbolt support, or when they will be released.

The move will hopefully lead to many more devices using the Thunderbolt 3 standard, which could have big benefits for many companies' agile working efforts. The ease of being able to do everything with one cable has proved exceptionally useful in many businesses' adoption of flexible and agile workplace practices.