AMD aims to bring innovation back into the processor market 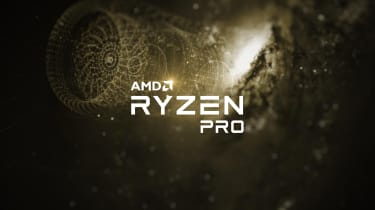 AMD has officially released its Ryzen Pro CPU, unveiling a bevvy of PC hardware makers it has partnered with to help it bring its latest chip to the commercial market.

HP, Lenovo and Dell will be offering PC and laptops that not only make use of the Ryzen Pro but the rest of the company's products, including the Radeon Pro WX9100 graphics processor built around AMD's latest Vega architecture.

Desktop PCs such as the HP EliteDesk 705 will sport the Ryzen Pro and Radeon graphics to help bring virtual reality (VR) capable machines to the professional world, allowing developers and graphic designers to make use of VR technology.

Lenovo will be adding the Ryzen Pro into its ThinkCentre M715 desktops and towards the end of 2017, the PC maker will add AMD's professional processor to its ThinkPad A475 and A275 laptops.

Dell will debut the Ryzen Pro in its Optiplex 5055 desktop, which is expected to ship in the coming weeks.

Mobile versions of the Ryzen Pro are expected to launch in the first half of 2018, ushering in processors for ultraportable laptops that can challenge Intel's seventh-generation Kaby Lake CPUs.

Having such heavy-hitting PC partners on its books will give AMD the machines to showcase its commercial Ryzen chips, which make use of it's latest Zen CPU architecture.

Getting the Ryzen into machines commonly found in businesses of all sizes will present AMD the chance to offer its latest CPUs in a broad range of configurations, all of which it claims offer superior performance to equivalent processors from Intel.

"We saw an opportunity to drive a heightened level of innovation and disruption and I think what you can see we've delivered over the last six months that we've brought the Zen core with all the capabilities, an increased number of cores and threads at every point in the stack and so that's delivered some performance advantages for AMD," Kevin Lensing, corporate vice president and general manager of AMD's client business unit told IT Pro.

"We're driving a multi threaded CPU performance advantage, that was our goal and you'll see that with Ryzen Pro."

By getting the Ryzen Pro into the market with PC partners, AMD sees itself being more competitive with Intel, which has been dominating the PC chips market for some time given AMD's previous generation Bulldozer architecture based processors couldn't compete in terms of performance per watt.

As a result, the past few generations of Core i processors from Intel have only offered minor upticks in performance and efficiency, often attributed to the chipmaker resting on its laurels in the face or megre competition.

But Lensing predicted that with the Ryzen range, AMD will bring innovation that will force its rivals to start being more competitive.

"The market is used to getting a four core eight thread processor at the top of the stack; now for the first time ever in the commercial space as well you can get eight cores and 16 threads, so it's rethinking what you can do with a computer if you have twice as many cores and threads; that's our goal is to change the market perception of value and what should be delivered at any given price point," said Lensing.

"Theother dynamic of bringing this innovation to the market, is it's good for the market in general because when you bring increased competition, of course our competitor is going to to try to fight back.

"For the computing universe it's really good to have a bit more back and forth, because what happens is the pace of innovation generally increases across the board."

Such innovation is slated to come in the form of the Zen 2 and Zen 3 CPU architecture that AMD is looking to fit into a 7nm fabrication process between 2018 and 2020. This will increase the performance but lower the power consumption of its chips, all of which is notable due to the delays Intel has had in bringing its 10nm 'Cannonlake' processors to the market.

"Today marks another important step in our journey to bring innovation and excitement back to the PC industry: the launch of our Ryzen PRO desktop CPUs that will bring disruptive levels of performance to the premium commercial market," said Jim Anderson, senior vice president and general manager of AMD's computing and graphics group.

"Offering a significant leap in generational performance, leadership multi-threaded performance, and the first-ever 8-core,16-thread CPU for commercial-grade PCs, Ryzen PRO provides a portfolio of technology choices that meet the evolving needs of businesses today and tomorrow."

The new processors are available in 4, 6 and 8-core configurations, with multi-threading and speed boosting for added performance.

AMD's Ryzen Pro line doesn't scrimp on power, offering a 52% improvement in compute capabilities over the previous generation, the company explained. AMD also claimed that the higher-end Ryzen 7 Pro 1700 chip offers performance improvements of more than 60% over Intel's i7-7700 CPU.

AMD explained the chips are built to last and as such, it will be offering a three-year limited warranty compared to the usual 12-month guarantee shipping with its other processors.

AMD's Ryzen Pro line will be available during the second half of 2017, according to the company, which could be anytime from tomorrow (July 1st). We expect to hear more when AMD has a solid release date. The mobile version (Ryzen Pro Mobile) will arrive at the beginning of 2018.