Looking for a new graphics card? Here's our selection of the best - whatever your budget 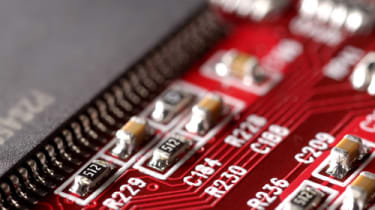 Although the AMD Vega series of high-end graphics cards won't arrive for a few more weeks, there are still plenty of excellent GPUs you can buy right now. Save for the CPU, this is possibly the most significant upgrade you can give to a PC - the jump in performance from integrated graphics to a proper PCIe card is enormous, even with cheaper models, so it's worth searching for the card that will suit your needs. That's why we've gathered six of the best graphics  cards available at various price points.

Unfortunately, a recent explosion in cryptocurrency mining (for which consumer GPUs are highly adept) means that prices are both high and volatile, and in some cases the demand has completely outstripped supply, causing stock shortages. With a bit of patience, however, it's still possible to find the perfect GPU without wasting any cash.

The biggest improvements, however, aren't so visually obvious. The GTX 1080 was hardly lacking in raw power, with 8GB of VRAM and 2,560 CUDA cores (processing cores, essentially) running at base clock speeds of 1,607MHz with a boost clock 1,733MHz yet the ROG Strix edition pushes things even further, up to 1,784MHz base speeds and 1,936MHz boost speeds when running in OC mode.

The result is a card that will shrug off virtual reality and high-resolution gaming all by itself. The GeForce GTX 1080 Ti is even more powerful, but you're looking at an extra 200 or so for it, which isn't quite worth it when the GTX 1080 and its partner variants can handle 4K just fine.

With the GTX 1080 Ti having forced down prices of the standard GTX 1080, the latter is still your best bet for a premium PC build. Still, cards based around the GTX 1070 GPU can be a good alternative if you really can't stretch past the 500 mark.

One such card, the EVGA GeForce GTX 1070 FTW Gaming, offers up a full 8GB of memory, twin fans, a sturdy backplate and some nice RGB lighting around the heatsink. It will breeze through anything on maxed-out settings at 1440p, and even at 4K, you'll only need to sacrifice a few settings to get high frame rates.

This does come with increased power consumption; Nvidia's stock GTX 1070 only needs up to 150W, but this can sap up to 215W. Still, the added features and boosted performance are worth it.

There are two versions of Nvidia's GTX 1060 GPU: one with 3GB of VRAM, one with 6GB. While the 6GB GPU makes for some great cards, such as the Zotac GTX 1060 AMP Edition, it's the 3GB MSI GeForce GTX 1060 Gaming X that proves to be better value for money, delivering near-identical performance in most games for a lot less cash. It's only in certain, particularly memory-hungry games and applications where you'd actually be able to perceive a difference.

MSI's customisations include its distinctive red-and-black, dual-fan cooler and a range of various running modes, which can be toggled in the accompanying desktop software. There's a Silent Mode for quiet running, though switching to Gaming or OC mode will instantly overclock the core speeds, with OC mode upping the memory frequency as well.

Last year, the GTX 1060's closest AMD rival was the Radeon RX 480, so you'd expect its 2017 successor the RX 580 to follow suit. In fact, it's the cheaper RX 570 that emerges as the better choice in our fps tests, the difference between this and the RX 580 (both cards having 4GB of VRAM) was imperceptibly small, so there's no reason to spend more on the higher-specced GPU.

Again, Asus has made some welcome changes with the ROG Strix Radeon RX 570 OC, including an effective dual-fan cooler and a modest core overclock. Gaming at 1440p is easy, and some titles can even handle 4K if you're willing to lower some settings.

This dinky little card is perfect for compact microATX or Mini ITX PCs, but despite its small stature and relatively meagre 2GB of memory, it's surprisingly potent. The GeForce GTX 1050 D5 2G produced slick frame rates in all but the most demanding of our 1080p gaming tests, even managing strong performances in the less punishing titles at 1440p. There's only one fan to keep things cool, but it does the job well, and can turn itself off under light loads so there's no distracting whirr.

This is also one of the most efficient GPUs we've ever tested. The GeForce GTX 1050 D5 2G's TDP rating is just 75W and we never recorded it using up more than 95% of that.  You can get away with power supplies as small as 300W, too; most graphics cards, including the competing AMD Radeon RX 560 and RX 460, recommend 400W or more.

AMD recently released the budget Radeon RX 560 GPU, so why opt for something that's technically last-gen? For starters, there's the price: XFX's take on the RX 460 launched at 120, but has since dropped to 95 and you'll seriously struggle to find a 4GB card for less.

Like Nvidia's broadly-equivalent GTX 1050, this is a 1080p component through and through, and at this resolution it still stands up a year on. You'll only need to tone down graphical settings in the most intensive games, though it struggles a bit more than the Gigabyte GeForce GTX 1050 D5 2G if you try to be ambitious and go for 1440p. Nonetheless, that's easy to forgive considering the price, dual-fan cooler and frugal 75W TDP.