Educator, manufacturer and instigator: How Dell sees its role in the future of VR

Dell is committed to becoming a leader in commercial VR, and this is how it’s going to do it 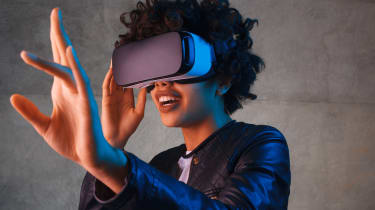 Virtual reality is clearly here to stay. For those involved in the industry day to day, it doesn't seem like the flash-in-the-pan product following in the footsteps of the doomed 3D TV that naysayers think it might be. It's clearly the next big platform for consuming content. Dell believes it will become an integral part of the commercial workflow and it wants to be there from day one to facilitate that change.

Dell made a visible commitment to VR and AR with the reveal of its headset at CES 2017, as well as its push to bring VR-ready hardware to market at affordable prices across all of its relevant vertices. To show that same level of commitment to the commercial side of its business, at least in the UK, Dell had a big presence at this year's VR World and it's there I met Gary Radburn, Dell's global director of commercial VR/AR and workstation virtualisation.

"It's such a Wild West out there at the moment," Radburn explains as we sit in a meeting room with the show buzzing on around us. Lots of companies contact him claiming to be "the leaders in VR", but in reality offer little more than a mid-range 360-degree camera setup for shooting video.

Radburn isn't poo-pooing the ambitions of such companies; he's simply highlighting the problem Dell faces trying to filter out the choice cuts from a crowded industry. "If I'm not in the VR industry, and I'm looking to 'VR' my company but I don't know a lot about VR, I can look in a magazine or go to a tradeshow and come away more confused by it all than when I started.

"There are so many different ways of accomplishing the same thing. How do you know when you're backing the right horse?"

That's where Dell steps in. Dell's visible contributions to the VR industry come in the form of promoting its own VR-ready hardware alongside its own VR headset, but it knows switching to an advisory role will help cement its place in the industry as the company that businesses should be dealing with. "We're obviously going to be promoting [our] hardware, but we want to be a trusted technical advisor to you. As your business grows, we grow with you." 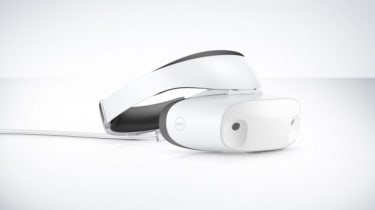 The reality of virtual reality

Its plan to become a trusted advisor starts with its Technology Partner Programme. Already implemented in other areas of Dell's business, the Partner Programme is now turning its hand to vetting VR-applicable technologies to help businesses adopt the tools they need. "We're going out and looking at all the technologies available, deciding what we think will become an emerging technology. We'll test it on Dell equipment, sanction it and see if it does what it says on the tin."

Vetting services and software is just one facet of what Dell sees as its responsibility in fostering commercial interest in VR. The other is in educating businesses in what VR could actually do for them. "When you talk to people about VR and what I do, the general response is 'oh right, so you play games?' I always have to go 'erm, no I don't'. That paradigm is, thankfully, shifting and the word is now getting out -- VR is so much more than games."

To help get the word out even further, Dell is investing in VR centres of excellence for clients to visit and try out the technology themselves. "With the VR centres of excellence, we're doing what we did with [educating about] workstation virtualisation and it's been hugely successful," Radburn explains. "[Workstation virtualisation] was a brand-new technology area, people didn't understand it. Investment was needed to understand it so there was a leap of faith that needed to be made [when adopting the technology].

"Now our customers can register time inside the VR centre of excellence. We have experts on hand that can take them through a VR experience that's relevant to their business and, at the end of it all, they'll know what VR is about and how their business can utilise it."

As an education experience, Dell's centres have managed to help business better understand VR implementation in the workplace. "When people put on a VR headset, it's almost like VR takes over and common sense goes out of the window. People think 'oh, now I'm in VR I can do all this stuff in VR and I don't have to bother with a desk!'"

Naturally, that's a rather optimistic view of VR implementation. "You're not going to suddenly abandon your creation workflow; 80% of your workflow is still going to be the same -- VR is the destination. You're not going to put on your headset for eight hours a day and work with all the tools you had before but in a VR environment. That's not what's going to happen.

"It's a bit trite, but when we get to the Minority Report-level of floating windows and interactive screens, then yes, that might happen. This isn't a case of putting your designers in VR headsets and then suddenly they'll become more productive!"

"We're at a confusing time [right now]. VR is just about to take off and go mainstream and yet everybody is now talking about AR. It's just like 'hang on, give us a chance...'," Radburn explains to me as we discuss when, and where VR and AR tools should be used. "The draw for [AR or VR] depends on what you want to do. If you want to shut yourself out from the world and be immersed or go into training, [it's VR]."

Dell won't be delving into the training marketplace itself with its efforts in VR, but it's clear its focus is on allowing businesses to confidently invest in VR tools. "You can read something and learn very little," says Radburn. "Someone lectures something to you and you'll learn and retain it a bit more. When you experience something, the retention level is through the roof.

"In terms of education and training, VR lets you retain far more information and training than simply reading a manual -- you're learning by doing and seeing, you're immersed in your environment and that experience."

There are already VR training tools on the market. As I explored the show floor, there were dentistry simulators, VR-enabled medical training tools and concepts for AR-based education applications. We're still a way off from VR and AR becoming the norm but, as Radburn so succinctly explains it, "everyone wants VR to be successful".

Dell wants a role in that success as the company that comes to mind first for VR workplace implementation. For an industry that's almost exclusively focused on consumer products over commercial ones, Dell wants to become the go-to company for any business curious about VR.