PC sales continue to lag behind, although sales may return to growth in 2018 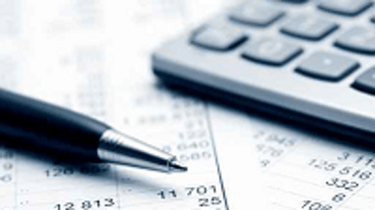 Smartphone, PC and tablet shipments are increasing at the fastest rate since 2015 according to a new report by Gartner.

The analyst firm has predicted the tech hardware sector will increase by 2% in 2018, with more than 2.35 billion units expected to ship next year.

The sub sector that will experience the biggest growth is smartphones at 2.4%, which will be driven by the late arrival of the iPhone X, although component availability could cause problems, the company claimed.

"Given the late November availability of the iPhone X, we expect the iPhone's replacement cycle to flow more strongly into 2018," Roberta Cozza, research director at Gartner, said. "Decrease in total mobile phone demand in 2017 is also expected to come from a weaker lower end of the smartphone market.

"For this segment, local vendors continue to struggle against the shift toward top brands, while component price increases affect the ability of some Android vendors to compete more aggressively on price."

It's not such a positive story for overall PC sales, however, with Gartner also predicting shipments of traditional PCs will decrease by 4.4% next year. Although 40% of respondents said they do use PCs and tablets frequently, it's for specific tasks that warrant more detail, such as reading or responding to long emails or watching video.

"Users holding onto their PCs for longer remains a major issue for the PC market. In contrast, users continue to replace their smartphone quite frequently," Ranjit Atwal, research director at Gartner, added.

Business PCs will return to growth in Europe by the end of 2017, however, as organisations look to replace their older PCs with Windows 10-enabled hardware, the company said.

"Despite the fact that prices have been rising due to higher component costs, Windows 10 replacements have kept the PC market relatively stable through 2017," Atwal said. "We estimate that the PC market (desk-based, notebook and ultramobiles) is set to return to 0.8 percent growth in 2018."