HP thinks beyond the PC era

Executives at the world’s largest computer company are looking to the future, and are calling the end of the PC generation. 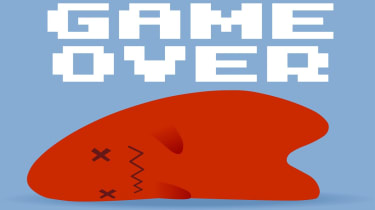 Inside the Enterprise: In 2010, the late Steve Jobs, Apple's CEO, called time on the PC.

His suggestion was tablets and smartphones would supplement, and in time supplant, computers, and that servers would move to the cloud, has largely proved to be accurate.

And the point was made again by Meg Whitman, HP's chief executive, at that company's analyst summit in the US. Ms Whitman also believes that we are moving beyond the PC. HP, instead, talks about "personal systems"; indeed, HP's personal computer division was, for many years, called the Personal Systems Group. (HP is rather fond of reorganisations, so the business unit is now called PPS, for Printing and Personal Systems).

The PC may not go away, but the PC of the future will certainly look, and feel, very different.

In fact, HP's PC unit has started to recover, but Ms Whitman conceded, after the company's most recent financial results, that it needs to divert more resources into mobile devices. HP, of course, bought Palm and its webOS platform, and tried to enter the smartphone market.

More recently, HP has tried out the market with Windows-based tablets, including Windows 8 tablets unveiled at CES, and a seven inch Android tablet it announced at this year's Mobile World Congress.

This might appear destined to confuse the consumer, but HP executives talk about a "multi-OS" world, and also one where devices are based on different chip sets, principally those from ARM and Intel. But the 7-inch Android-based Slate 7, announced at MWC, is squarely a consumer device and a low-cost one at that. HP, it seems, is determined not to be driven out of the consumer market by lower-cost rivals.

For a business the size of HP, making personal devices is just one way of opening the door to other products and services. Even more so than Apple, HP is about ecosystems.

If more consumers buy tablets even $200 ones like the Slate 7 they will use more cloud services and networking. Businesses, the thinking goes, will buy more servers, and software, to deliver applications from entertainment to shopping. There will be more demand for security technology, another area where HP has invested heavily of late. HP is a large company: in its most recent quarter, its revenues (turnover) came to $28.4 billion (18 billion). And businesses will need services to stitch all this together.

But the idea of shifting from the personal computer to a world of personal systems might need a little more work, if it is to become mainstream. Plenty of computers, and businesses, own multiple Apple, Android, or PC devices, but they are unlikely to see them as a "system". Making the parts work together seamlessly is still something the technology industry struggles with.

New developments, though, might bring Ms Whitman's idea closer to reality. Ideas such as Google Glass and other types of wearable computing really are very personal indeed; phones with near-field communications and RFID chips that know where we are, and can push out relevant information, are already on sale. HP has flexible screens in its labs that could be used in all manner of devices, and computers that can be controlled by gestures.

The PC may not go away, but the PC of the future will certainly look, and feel, very different.