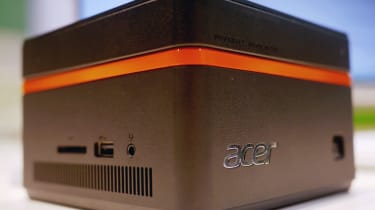 Mini PCs are great giving you faster-than-laptop power in a small form factor, but you almost always have to sacrifice upgradeability in favour of small size. Mini PCs are often difficult to upgrade, if at all, due to their cramped and fiddly interiors as well as their use of small but expensive laptop components. Apple is pushing external devices that use the PCI-Express-based Thunderbolt connector, but external devices mean lots of data and power cables that can get easily tangled.

Acer thinks it can banish the need to make this trade-off with the Revo Build M1-601 mini PC. At first glance it looks like a fairly standard little PC that's around the shape and size of a lunchbox (or an Apple Mac Mini to put it another way). The pre-production demo unit we saw was equipped with a 1.6GHz Intel Celeron N3150 processor, 8GB of memory, a small SSD as well as plenty of ports HDMI, DisplayPort, Ethernet, a SD card reader and three USB 3.0 ports. 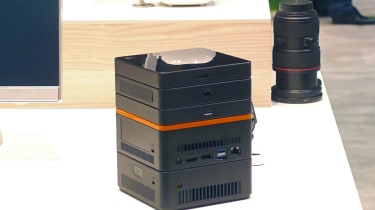 Where it comes into its own is the series of optional expansion Blocks which you stack on top of the Revo Build. Each subsequent block is stacked on top of the previous one. Planned Blocks include external hard drives, a wireless charging adapter for your smartphone, a DAC, a VGA adaptor and even a pico projector. 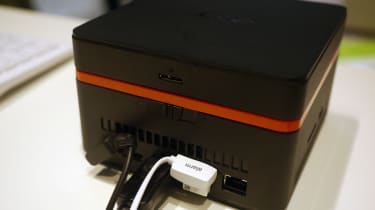 The Blocks align and snap together magnetically, but we were unable to get an Acer spokesperson at the company's IFA stand to detail what technology is used to actually connect the Blocks to the PC and transfer data back and forth. Nor could we confirm whether there is a maximum number of Blocks you can attach the demo PCs we saw were effectively dummy units when it came to the Blocks themselves. 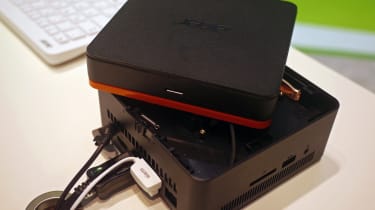 The Acer Revo Build M1-601 will be available in Britain from the middle of October for 200, although the exact specifications for a Revo Build at this price are currently unknown. 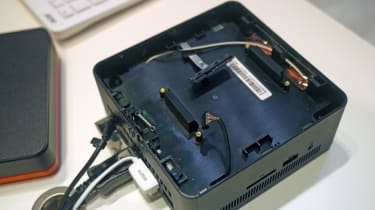 Also unknown is how much the Blocks will cost unless Acer is willing to put a big marketing and manufacturing push behind the Blocks, resists the urge to overcharge for them and opens them up to other PC manufacturers as well as peripheral makers then we get the sneaking suspicion the Revo Build won't catch on.