A gorgeous screen, tempting price and impressive components peg this desktop firmly as 'one to watch' 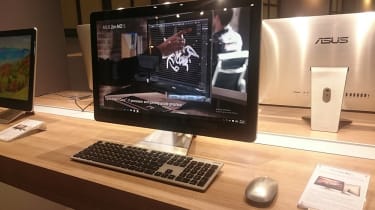 Asus is taking a swipe at the Apple iMac, releasing a beefy all-in-one device aimed at creatives and designers.

The Asus Zen AiO S is an all-in-one PC that bears a distinct resemblance to Apple's most popular desktop, with a big, bright screen and a fairly hefty spec sheet.

Asus is set to launch multiple variations of the Zen AiO S, but all will have 23.8 inch displays which go all the way up to 4K resolution, with optional touch-screen capability. Asus also claim support for up to four PCIe Gen 3 SSDs. 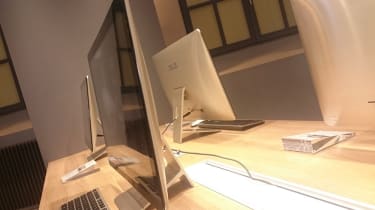 Asus has popped an Intel RealSense camera into the higher-end model, which it says will let users manipulate objects and interact with their desktop via gestures. We're not entirely sold on the utility of RealSense, but it's a nice inclusion if only for the Windows Hello functionality.

The Zen AiO S is packing some meaty specifications, and it's also got a very tempting entry price of around 1100. That's for the bigger 240IC the smaller version is only around 800. While that's approaching iMac territory in terms of price, considering the amount of power packed in, it's a bit of a steal. 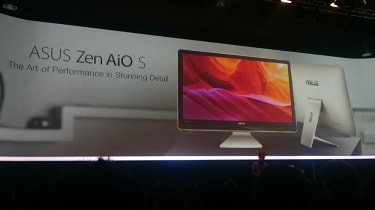 This all-in-one really is a bit of a looker. It's got a built-in stand, brushed-aluminium bodywork available in what Asus calls 'Icicle Gold', and edges that taper off to a 6mm thickness.

The screen looks good at first glance with decent brightness and vivid colour representation, although we'll have to wait and see if colour accuracy really is good enough for its target audience.

We'll bring you a full review of the Asus AiO S as soon as we can.