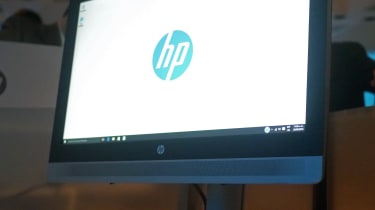 HP Inc has unveiled the EliteOne 800 G2, an all-in-one PC that has a built-in wireless charger in its base.

It will charge any phone without the need for cables as long as it supports PMA, Qi or Rezence. Unfortunately, the demonstration unit we saw refused to work with a LG G3 Android phone encased in a PMA charging sleeve.

Besides its wireless charging gimmick, the EliteOne is very much a refinement of existing HP all-in-one desktop PCs. It was very easy to single-handedly swivel the computer, but adjusting its height or tilting it required both hands. 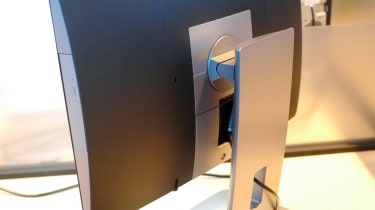 The 23in display has a 1080p resolution, but no touch sensitivity. The pre-production unit we saw was equipped with a 3.2GHz Intel Core i5 6500 Skylake processor, 8GB of memory, an AMD Radeon R9 graphics chip, as well as hybrid storage. 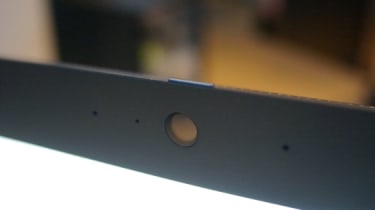 Different configurations, including variants with touchscreens, without the wireless charging in its base and even an AMD-equipped variant called the 705 G2 will be available. The latter won't have a USB-C port though, which the standard Intel variant will have. 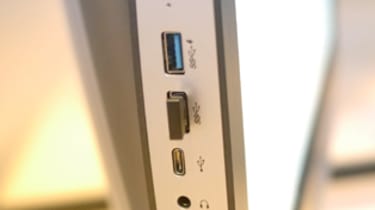 Never mind the USB-C port - you still need to waste a USB3 port for the wireless keyboard's dongle!

HP also emphasised a pair of features aimed at IT administrators. A big deal was made of the cable management, but our first impressions were not favourable. The narrow, hard-to-reach cubby hole for the majority of the ports, which even include antiquated PS/2 connectors, is behind a hard-to-remove cover. This has a hole for routing the cables through which lines up with a corresponding hole in the PC's stand.

Potentially more impressive was the alleged ability to easily upgrade this all-in-one, but our attempts to pry open a demonstration unit were met with disapproval.

UK pricing hasn't been announced yet, but Eurozone models will start at 799 and arrive in October.