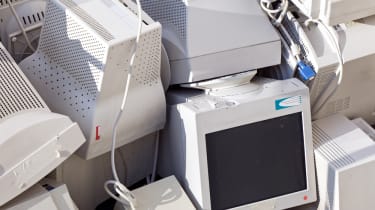 PC shipments have tanked by 3.3% in EMEA and 5.7% globally in the third quarter of EMEA, according to Gartner figures.

This is the eighth consecutive quarter of declining shipments, which is the longest period of time they have declined at such a rate, the research firm explained.

"The Middle East and North African PC market declined for the seventh consecutive quarter due to increasing security concerns and political instability."

Mikako Kitagawa, principal analyst at Gartner, added that sales have reduced because people are using alternative devices to do a PC's job, which means they are lasting longer and there's also a lot less demand in emerging markets.

Mobile PCs are not making up for the shortfall either, because they only reflected single digit growth year-on-year, which was not enough to balance the reduction of PC sales. This isn't helped in the business IT sector either, as organisations opt to purchase traditional devices rather than hybrid devices.

"Government and business spending remains very cautious, and focused on traditional devices and high-value models instead of newer hybrid devices," Durand added. "In Russia, the rate of decline is slowing, driven not by a major recovery in PC demand, but rather by comparison with the weak PC market of the previous two years."

She said Brexit doesn't appear to have had a big impact on PC sales in the UK, but this is because consumers were taking advantage of lower costs before the weakened pound pushed prices up.