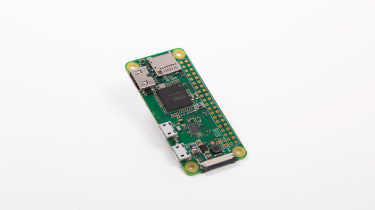 05/05/2017: The Raspberry Pi Foundation has revealed over 250,000 Pi Zero W boards have been sold since its launch only nine weeks ago, despite facing severe worldwide shortages.

In celebration of the achievement, the creators said they would expand the number of distributors currently selling the new device, which should go some way to solving the supply shortage.

"As well as hitting that pretty impressive milestone, today we are announcing 13 new Raspberry Pi Zero distributors, so you should find it much easier to get hold of a unit," the company saidin a blog post on Wednesday.

While getting your hands on a Pi Zero has been fairly easy in the UK, it has been a struggle for customers in those countries furthest away from European distributors, and those in the US.

The new distributors include Core Electronics in Australia and New Zealand, Cytron Technologies in Malaysia, and BuyaPi in the US and Canada. New distributors will also be serving Italy, Japan, South Africa, Poland, Greece, Switzerland, Denmark, Sweden, Norway, and Finland.

The company will also beef up its supply network in the US and Canada, as well as Germany where there is still huge demand for the device. A full list of the new sellers can be found here.

Although the expansion will certainly help, the foundation admits there are still many more markets to cover. It promised to continue to work with distributors and hopes to be able to announce more expansions in the near future.

The new Pi Zero W launched in February, offering baked-in WiFi and Bluetooth connectivity on a 1GHz single core CPU and 512MB RAM, as well as a new case, for just 10.

At the end of 2015, the makers of the cheap and cheerful computing boards released the lowest-cost model yet, theRaspberry Pi Zero which cost only 4 for the board alone but didn't include key accessories such as adaptors or connector pins.

It also didn't include Wi-Fi by default, though like the other features, it could be easily added viaa USB hub but as Raspberry Pi notes, a USB hub often cost more than the Zero itself.

The Zero W will cost twice the price - $10 plus VAT, or 9.60 including VAT - but for those who don't need wireless or Bluetooth connectivity baked in, the 4 original will still be available to buy.

Other than the connectivity, the Zero W has the same features as its predecessor, including a 1GHz, single-core CPU and 512MB RAM. There's also a new case designed specifically for the Zero W.

"We imagine you'll find all sorts of uses for Zero W," Upton said. "It makes a better general-purpose computer because you're less likely to need a hub: if you're using Bluetooth peripherals you might well end up with nothing at all plugged into the USB port. And of course it's a great platform for experimenting with IoT applications."