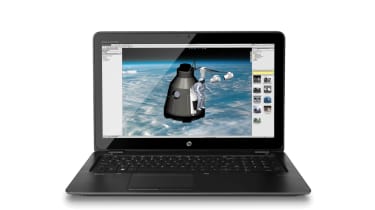 Workstation laptops tend to be no-holds barred affairs. They're effectively portable PCs with all the performance, ports and features a CAD designer, graphic artist or photographer could want - price be damned. HP has a long tradition of producing compelling and desirable workstation laptops, but its latest Zbook 15u G3 doesn't feel quite right.

As expected, the Zbook 15u G3 has a very sombre and understated aesthetic with a plain black and grey plastic build. The only hint of style comes from the dimpled lid. If you just want to blend in with everyone else at the next meeting, rather than be the object of attention, then this unassuming laptop fits the bill. 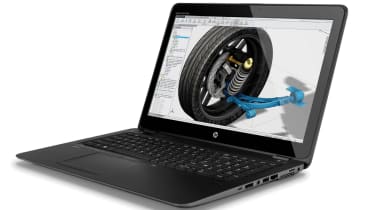 The 15u G3 has plenty of ports - indeed, it may have too many and of the wrong kind. Gigabit Ethernet, a pair of USB3 connectors and a USB-C port are all very useful. DisplayPort is handy for connecting a 4K monitor at 60Hz, but the VGA port is antiquated while the SmartCard slot and docking station/port replicator connector are becoming increasingly niche. Rationalising all this could've made room for more USB3, USB-C or Thunderbolt ports - all versatile enough to fulfill a wide variety of roles. Although this usually requires adapters, that's not too much of a bother for a 2.2kg laptop that probably won't spend much time on the road. 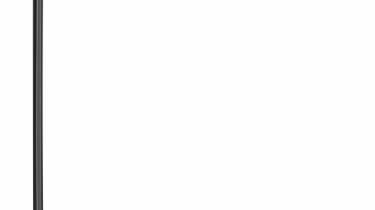 Although the 15u G3 doesn't come with the latest Xeons and ECC memory, it's still very fast. Our review configuration came fitted with 16GB of RAM and a dual core Intel Core i7 Skylake-class processor. The 6500U starts at 2.5GHz and can turbo boost up to 3.1GHz. It's a speedy combination that buzzed through our benchmarks, but it doesn't set any new records when compared to the similarly priced competition. A modestly thicker chassis with bigger cooling fans and vents could've accommodated a processor.with a higher base clock speed and more cores.

Even so, it should be fast enough for all but the most demanding tasks - especially as it's helped along by a blisteringly fast Samsung NVMe PCI Express SSD. Plus, the cooling fans weren't excessively noisy and didn't pump out uncomfortable lap scorching gusts of heat out of the vents. 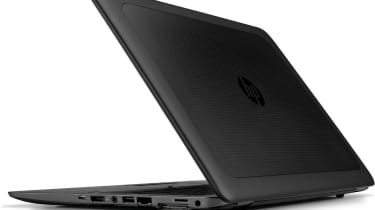 One area where the 15u G3 starts to impress is 3D graphics performance. The Firepro W4190M may be one of AMD's cheaper, lower end dedicated professional graphics chips but it still scored a very respectable 53fps in our 3D graphics benchmarks.

When operating on battery power, the laptop is clever enough to automatically switch away from the Firepro to the more power efficient Intel integrated graphics. You can, if you wish, manually control this and even choose which applications use which graphics chip.

With this in mind, we weren't surprised to find that battery life was lengthy for a 15in laptop. The battery lasted eight hours and 14 minutes in our moderate usage test and just under 13 hours in our light use test. It's unlikely you'll frequently tote a 2.2kg laptop (rising to a hefty 2.6kg including its charger) while out and about, but it's good to know that it's less likely to run out on you when you're out for the odd site visit, field project or client meeting.

HP Inc has made good use of this laptop's ample girth by fitting in a keyboard with a numeric keypad and no undersized keys. Although the keys were a bit too rattly for our liking, the ample travel and feedback means that typing was still swift and free from typos.

Like Lenovo's Thinkpads, the 15u G3 has a touchstick. This won't be to everyone's taste, but we liked it and were disappointed only by the lack of a scrolling mode - you'll have to either use the cursor and navigation keys or use the multitouch gestures on the large touchpad. Alternatively, you can use the touchscreen but it's unlikely you'll want to do so with any regularity. Upright touchscreens are still best suited for occasional flicks given their ergonomically awkward position. 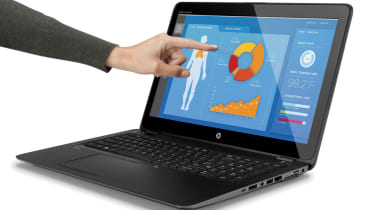 The touchpad itself generally worked well. It accurately and smoothly kept track of our prods and swipes. It's not quite perfect though. It did mysteriously start to become very jittery and jumpy, which was only solved by updating to the latest build of Windows 10 (although this introduced problems of its own, as we'll see later). In the case of the buttons for both the touchstick and touchpad, both sets felt a little too deep and spongy - more precise feedback would've been preferable.

The fingerprint reader sits just beneath the numeric keypad, but it's not like the more modern fingerprint scanners found on some of the latest smartphones. It requires a very deliberate and comparatively slow swipe of your finger compared to the lightning fast tap and go performance of most smartphones.

The fingerprint enrollment software works well enough, but we encountered a baffling incompatibility when upgrading to the latest build of Windows 10 (at the original time of writing) via Windows Update. Version 1511 build 10586 was incompatible with both HP's fingerprint enrollment and its whole disk encryption software. Although Windows 10 Enterprise licence holders will be able to postpone this update until HP rolls out updated versions of both programs, this lack of joined up thinking between the world's biggest PC OS vendor and one of its most prominent and well-known laptop partners is disappointing.

Given the still disjointed support among Windows apps for high resolution, high pixel density displays, we're not disappointed that the 15u G3 only' has a resolution of 1080p. That's still more than enough for most tasks and doesn't result in any odd scaling issues such as illegibly small text. 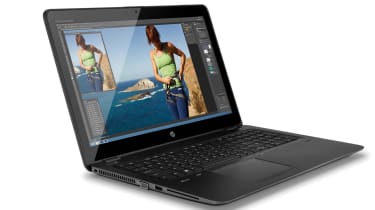 While it was reasonably bright, colours looked very washed out with a slight grainy sheen. This disappointing level of colour accuracy is surprising not only given how much this laptop costs, but also because exacting graphics professionals are prime buyers of workstation laptops.

The HP Zbook 15u G3 is an odd laptop. It has almost everything most professionals could want out of a workstation, but not quite enough. HP not only fumbles the software but it also chose to include a surprisingly mediocre screen. That might be excusable in a cheaper laptop, but not in a portable workstation that costs so much. It's still a good laptop for users who don't need top notch screen quality, but everyone else should think twice - especially given the wealth of other high-priced, high-powered laptops available.