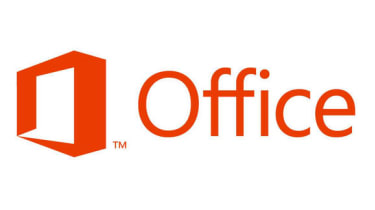 Excel might have been pushed to the back in the main demonstration at Microsoft's Office 2013 launch event in San Francsico, but that doesn't mean it should be ignored. In fact the two feature improvements highlighted during the demo   Flash Fill and Quick Analysis show some real imagination has gone into the new version of Excel.

Flash Fill aims to make splitting apart text that appears in single fields much easier. If you've pasted a list of content in from another source say a table from a web page or Word document it's often the case that you want to split fields apart to deal with data independently apply a calculation, or a sort, for instance.

Simply type your intended target text in the next field, hit the Flash Fill button on the Data Ribbon, and Excel will complete the job for you, splitting out the text all down the appropriate column. Genius. 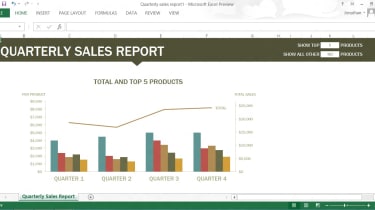 Meanwhile, Quick Analysis makes it easier to turn rows and columns of figures in to charts, pivot tables and so on. Simply select a range of data, hit the Quick Analysis icon that appears below and to the right of it, and up pops a box giving access to all manner of formatting options. In this way it's quick to add anything from conditional formatting and Sparklines, to charts, common calculations such as totals and averages, and even create pivot tables 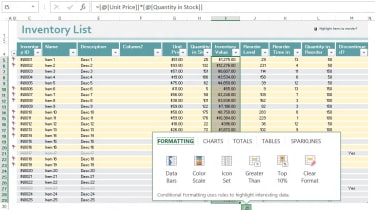 And, as with Word, you're greeted with a new splashscreen whenever you fire up the application, which presents a searchable, online repository of templates to get you started. 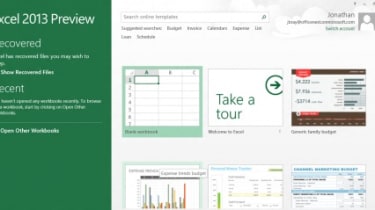 The key question, however, is what the new Excel is like to operate by touch and as with Word it's a somewhat mixed story. On the positive side, the Quick Analysis tool is brilliant at allowing users to perform complicated tasks with a few quick taps. Once you get used to the way cells and ranges of cells are selected, that too works well.

A range is selected by tapping in one corner, then dragging on one of the handles that appears in the cell's corners. The new expanding Ribbon works as well here as it does on the other Office 2013 applications, the panning and zooming touch controls will be a boon for users navigating large spreadsheets, and the new "inking" support should make the process of reviewing lists of figures on the train home from work easier. 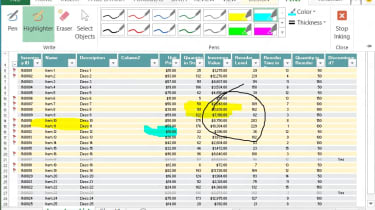 On the negative side, many controls remain fiddly and small: selecting columns and rows when zoomed out is a pain as the column and row headings resize as you zoom, while selecting from the autocomplete list of formulae that pops up as you type in the formula field requires pinpoint precision. And, the touch navigation of large spreadsheets wasn't entirely glitch free. Some of these foibles are perhaps unavoidable given the nature of the application, but we do feel that more could be done here.

Still, there's plenty to like in the new Excel, particularly the Quick Analysis tool, which we can see ourselves using in preference to the Ribbon, even with a mouse and keyboard attached. We can't wait to start putting it through its paces on a day-to-day basis.

Microsoft's push into the cloud isn't confined to its smartphone aspirations, with Office 2013 offering users the ability to open and save documents to the cloud right from the get-go. Microsoft allows users to do this via its SkyDrive service, but you're going to need to sign up for a Microsoft account.

That said, Microsoft's SkyDrive service is just as good as other public cloud offerings such as Google Drive, and could prove to be a valuable repository for users who are constantly on the move. 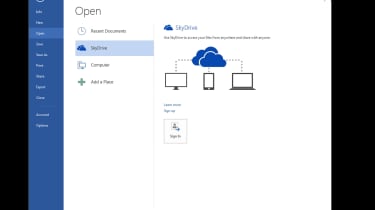 Microsoft has integrated SkyDrive well within Office 2013 and has built-in resilience against unstable Internet connections. Should you lose connectivity while working on a file opened from a SkyDrive account, Office 2013 will save it temporarily on the local disk before synchronising with the SkyDrive at a later time.

Although Microsoft is undoubtedly using Office 2013 to push its SkyDrive service, for those that already use it or are happy to store their data on Microsoft's cloud, Office 2013's cloud integration is well implemented.

Microsoft is offering the option of having Office 2013 licenses as part of Office 365 subscriptions as the firm looks to push users towards its cloud based service. Both Office 365 and Google Docs, as IT Pro found out, are competent, well designed office suites however Office 2013 is the more comprehensive package.

The biggest downside to Office 2013 compared to its cloud-based rivals is the need for the suite to be installed prior to use. Both Office 365 and Google Docs allow editing of files on any computer that has Internet access and a modern web browser. However, for many businesses having users login on unsecured, third party machines could well be a security risk many are not willing to take despite the obvious convenience.

Microsoft Office 2013 not only has the capability to do the heavy lifting but now has the cloud support that provides just enough convenience to keep users away from cloud-based alternatives for a little bit longer.