Microsoft to resurrect the Start button in Windows Blue

However, functionality appears to be basic. 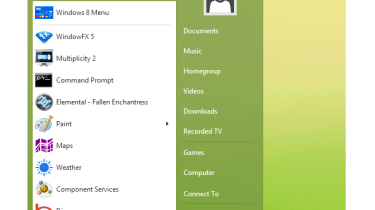 Microsoft is reportedly planning to bring back the Start button which it discontinued with the release of its operating system Windows 8.

Despite its return, the Start button's is not expected to be as useful as previous editions. It is not expected to include a list of programs or the ability to search the OS as it does in previous versions such as Windows 7, according to The Verge. Instead it may only act as a way to transistion between the Live Tile interface and the desktop, sometime which can already be down by clicking in the bottom left-hand corner or pressing the Windows key.

The termination of the Start button on Windows 8 has been a source of contention for users, ever since Microsoft chose to do away with it in a consumer preview back in February of last year.

Microsoft alleged they had discontinued the button owing to a declining rate of use because users were pinning commonly used apps to the taskbar instead.

"I don't go to the start menu as often. You can't beat the taskbar."

Since the demise of the Start button, companies have inundated the market with various applications, which effectively provide the same functionality users have become accustom to. One of the most popular is an app called Start8, made by Stardock. This which facilitates Window's 8 users with all the perks of the original start button, save its physical presence.

As well as the reboot of the popular button originally introduced in Windows 95, Microsoft is tipped to provide enhanced application control, and easier configuration of advanced settings withWindows 8.1 (also known by the codename Windows Blue).

There is no definitive date set for the arrival of the revamped 8.1, but reports suggest it will be officially unveiled at Microsoft's Build conference in the summer and released to the public later this year.