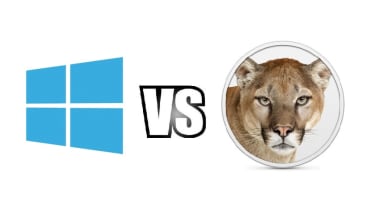 Windows and OS X come bundled with a range of basic software to handle email, media and tasks such as word processing.

Both systems have email clients that support Microsoft Exchange ActiveSync, Yahoo, Gmail and Hotmail, but Apple's software edges ahead due to its versatility. It's got better tools for organising email into different folders and categories and, unlike Windows 8's Mail app, Apple's software supports POP3 mailboxes. Windows 8.1 will improve the native Mail app,  but we're not sure that it'll be enough to overhaul the native OS X client.

Several Apple applications are wrapped in to its iLife package. The iMovie utility is more versatile than Microsoft's pre-packaged Movie Maker, and Windows 8 offers no serious rival to the GarageBand audio recording app. Windows 8's photo app can't compete with iPhoto either. Apple's software includes better editing options, but we do expect the gap close in Windows 8.1 thanks to an editing app with Android-style radial controls. 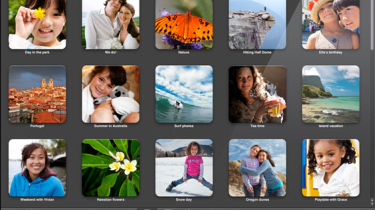 OS X also includes the program everyone loves to hate - iTunes. This hosts the biggest media store on the planet while Microsoft's selection of media is still up and coming. Microsoft has done itself no favours by removing DVD codecs from Windows 8. If you want to watch DVDs you'll have to download a third-party app or spend 7 on Windows Media Center. While Apple is removing optical drives from many of its computers they can currently still play DVDs if you hook up a drive.

Windows 8 and OS X have equally competent contact-management tools. Microsoft's acquisition and integration of Skype allows it to counter Apple's Messages tool. Neither operating systems have a true advantage when it comes to office tasks: both have basic word processing software installed, so you'll have to pay for the good stuff.

Both systems also place plenty of stock in cloud integration. A Microsoft account syncs contacts and docs across devices to SkyDrive and 7GB of free storage is available as standard. It's also available as an app for Windows Phone 8, Android and iOS. Apple's iCloud only works with fruit-themed devices, but it handles contacts, calendars, mail, photos, music, bookmarks, apps and documents. The Mavericks update will include password storage and encryption.

Web browsing is handled by Internet Explorer 10 and Safari, respectively. The former's Modern UI version is clunky to use and the desktop version has a built-in Adobe Flash player, while the latter provides synchronised browsing across OS X and iOS devices and improved privacy features. Windows 8.1 is expected to introduce Internet Explorer 11 but, aside from development changes, nothing's known about the new browser. The next version of Safari promises performance together with improved integration with social networks.

To install Windows 8's Modern UI apps you'll have to head to the Windows Store. At the moment it's not a pretty sight due to a dearth of high-quality software, and it pales in comparison to Apple's Mac App Store, which has better content and is also used by Apple to distribute updates. Windows 8.1 will see a redesigned Windows Store launched, but that won't immediately fix the lack of quality.

Both operating systems have the tools to get going on day one, but it's Apple that takes the victory in this category. Its Mail app and much of its media software is better than Windows 8's equivalents at least at the moment and it's got a better app store.