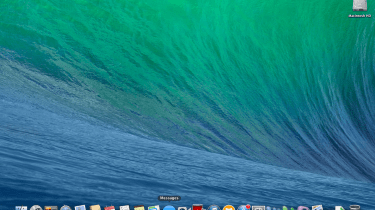 Apple has also updated its Safari web browser and introduced Mac versions of the Maps and iBooks apps from iOS.

Few of the features are core to business users the web notifications', which pop messages onto the screen from your favourite web sites could even hinder productivity.

However, there are a couple of useful changes to the Finder the Mac's equivalent of the Windows File Browser.

"Free" is good. Everyone likes "Free".

Kudos to Apple for releasing an update which promises better battery life and better file-handling, whilst not disenfranchising users with older equipment.

As most other service packs/hotfixes/system updates for other operating systems are almost entirely "bug fixes" (undocumented feature enhancements?!) it is refreshing to see enhanced functionality and practical usefulness as part of an upgrade.

Adding power handling to extend battery life by over an hour is something which is nigh on miraculous and, presumably, extremely welcome for the average road warrior or coffee house dweller.

Mark Evans, head of IT, RLB

As well as searching and sorting files by using criteria such as name, date or size, you can now add tags to folders and files. Users can create tags, such as IT Pro' or Urgent Deadline' and assign them to files or folders by Control-clicking with a mouse, or using a two-finger tap on a laptop's trackpad.

You can also add tags to files when you use the Save dialog box within an application such as Microsoft Word. Those tags will then appear in the sidebar of Finder windows, and you can just click on any tag to instantly locate the files or folders you need. 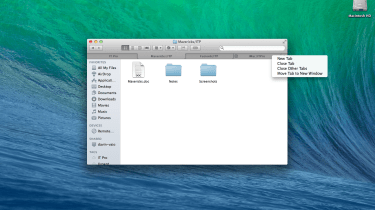 If your Mac desktop is always cluttered with multiple open windows you can now use tabs to group multiple windows together. 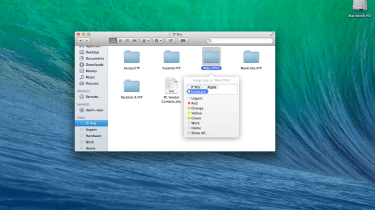 The tags feature is useful for anyone needing to organise files for multiple projects they're working on. It's a shame you can't save tabs permanently as you can do within the Safari browser. This is something which should be added in the next update.

To enhance security, Apple has extended sandboxing' to its Messages, Calendar and Contacts apps. Vulnerable plug-ins such as Java and the Adobe Flash Player are also sandboxed.

Each individual web page within Safari runs as a separate process in order to restrict the spread of harmful code, which phishing web sites might introduce.

Mavericks and iOS 7 share a feature called iCloud Keychain, which stores information such as passwords and credit card details, and share them across multiple devices. This feature is convenient, and is protected by 256-bit AES encryption but IT admins are advised to disable it in-case employee devices are compromised. 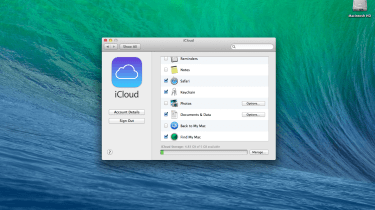 It's not every week you come across a free software update which provides improved battery life, security and file-management features. We noticed the improved battery life on our MacBook Air the first time we used it with Mavericks and features such as tags will be useful for anyone juggling multiple projects at work.

IT admins might want to wait a few weeks while the early adopters do a bit of bug-testing, and barring any major Mavericks is a must-have update for any Apple user.

IT managers should pencil in time for this upgrade ASAP thanks to the security and battery life improvements.