Is the voice dictation software a substitute for touch typing? 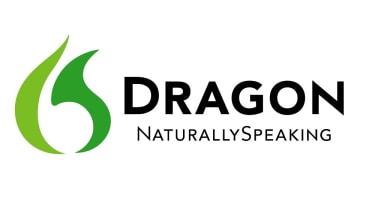 It makes a pleasant change to dictate a review rather than having to write it. In fact, it feels luxurious rather like being an executive from Mad Men.

Dragon dictation software has come a long way since the first edition in the 90s. Back then, Dragon Dictate's attempts to transcribe read like Professor Stanley Unwin's less lucid moments, but now it's able to provide accurate transcriptions.

The Windows version is known as Naturally Speaking and we reviewed the premium edition, which retails at 149.

It's a one-disc installation but you'll need to set aside a couple of hours. The initial loading of the software took a whopping 47 minutes. This will vary depending on the specifications of your machine but this is what you can expect if you're running the minimum requirements 1GHz processor, 1GB RAM and 3.2GB of hard disk space. If you download the software, you'll need triple the space initially and can then delete the temporary files.

After installation, you need to set up a user profile. This takes another 30 minutes, involving a run through of a couple of questions, microphone adjustments and the read-through of a text - in this case, Alice's Adventures in Wonderland an appropriate choice given the somewhat fantastical texts that the software was about to produce.

Finally there's a quick training demonstration to sit through and a few more tests to do. And for each subsequent logon, there's a minute's pause while the profile loads again. 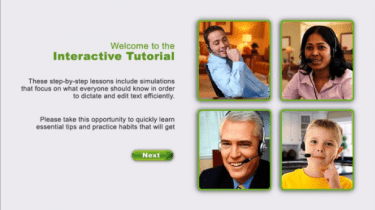 The software comes with its own headset but with no volume control included, I quickly switched to my own equipment. Users have a choice of choosing between "fast" and "accurate" modes. We opted for more accurate, which explained the delay in dictation appearing on screen.

If you're multilingual, the software does accommodate several languages but this needs to be set from the outset. It's not possible to have a profile that can handle two languages at once. However, the software does look to recognise heavy-accented English and users can set their profile accordingly.

We used the opening to Under Milk Wood as our test text. It does feel weird having to recite punctuation out loud, but doesn't take long to get used to. The initial 100-word text had 13 mistakes in it, performance which would get a typist out of the Sterling Cooper typing pool quicker than you could say Madison Avenue. However, corrections are easy to make and the accuracy increases if you're willing to help the software learn. 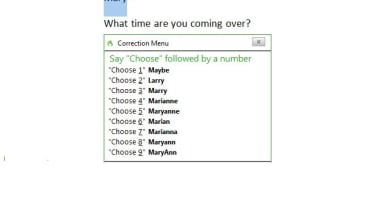 If you use a lot of specific jargon or unusual words, there's the option to add particular phrases to the vocabulary. For example, if you're talking about cloud, you add in IaaS, PaaS and SaaS to the list of recognisable words, something that improves accuracy.

There is plenty of help available for the user who wants to improve the way the system works. There's a separate, interactive tutorial for users who quickly want to become more advanced. There's also a pretty healthy glossary of terms and comprehensive help section. It also offers a Tip of the Day pop-up, but as it was the same tip for three successive days, there probably aren't too many of these. 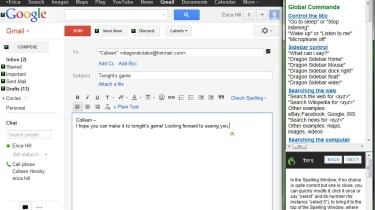 The software's primary use is for dictation, but it can be used to search the web or navigate to particular sites, hands-free. It's compatible with Gmail and Hotmail clients, and I also tried to transcribe an interview with my son about his rugby match. This could have led to an unfortunate misunderstanding with "I enjoyed the game" being rendered as "I went for an x-ray". To be fair to Nuance, the system has not been designed to recognise voices which are have been through the comprehensive voice registration process.

Overall Nuance has improved the product to an unprecedented degree in the past two decades. Where once, the software produced gobbledygook, it now produces accurate sentences. The experienced user, who spends time refining the process will probably end up with a 99 per cent accurate.

If you're a homeworker or have the privacy provided by an office environment, then Dragon could be ideal for you if you spend time writing documents or reports particularly if you don't touch type already. Just be prepared to invest time and money (149).

Naturally Speaking is good but don’t expect it to be perfect. The accuracy you achieve is going to be down to how much effort you put in. Plus you'll also need a high-spec machine to run the software without lag.