AmIrunningxp.com – the tip of the iceberg

Moving off XP a bigger problem than Millennium Bug. 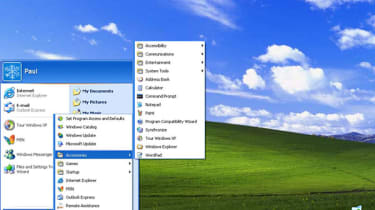 Techies do not react well to sites like amirunningxp.com. This site, registered to a Microsoft PR insider, does one job and one job only: It lets you know which OS you are running, and shows a countdown clock to the end of support for Windows XP.  The standard reaction I've been hearing since sister site PC Pro featured this in a blog has been uniformly derisory.

I understand that state of mind, really I do: Yes, it is very sad that people can't even read the startup screen they see every day. Yes, they are numpties (insert pejorative tag of choice here) and yes, you have the very best story about how thick your Mother-in-Law is which definitely trumps all the other stories about everyone else's Mother-in-Law that I've ever heard and that's a lot. Can we get away from the long-suffering Geek reaction for a minute or two and look at this for what it really is?

I would like to suggest two revolutionary ideas. One is that the site is a sign that Microsoft know the actual nature of the XP user base now, pretty well: And the other is that the End of XP is a pretty big deal. I'd say it is a bigger deal than the Millennium Bug.

It worries me that there are people who have made a whole career in IT since the Millennium, who may not ever have participated in an equivalent industry-wide root and branch reform of misbehaving hardware and software.

People underrate the amount of work that was put into the M-bug mainly because very little went visibly wrong but that's because the world's installed base of computers was much smaller, much newer (because the hardware was less reliable) and everyone could make easy and simple tests of their installed assets(hard or soft) to determine whether they had done enough to be proof against the very last tick of the 20th century.

Removing XP has plenty of distinguishing factors: It can seem like a mishmash of pros and cons, though because for each bit of bad new (there's LOTS more machines) there's a counterargument (the kit is all way more reliable) but there is one big difficulty which we as a profession have to confront.

The people who need the most help are the ones who have paid the least attention. It is not that remarkable to find people with eight or ten year old laptops who have come to think of it as an appliance, no more disposable than their kettle or their lawnmower, yet containing all their holiday photos and letters to the Council on a single, slowly spinning, wheezy rattly old 60Gb hard disk.

These people are actually the ones who should be looking at the hot deals on another pariah of the Information Technology profession Windows RT. It is, I believe, our duty as seekers after a quiet life, to use the confusion we hear from people who think they are on "Office Vista" to send them off very quietly to a nicely limited but speedy enough ARM based bottom-end laptop.

The Lenovo Yoga range is pretty close to ideal for these people: Well made enough to be in with a chance of lasting the next ten years for them, not woefully under-endowed in any ways that matter, sufficiently expandable to talk to cameras and store their pictures, ready for Skype and other equivalent not-quite-revolutions in telecommunications: This is the market that Microsoft delimited with RT, and in part that's based on their understanding of how people way outside the IT Ghetto mostly used XP on a daily basis.

Now, admit it: You weren't expecting to end up thinking about RT as grandma's saviour, were you?