The government is negotiating the upgrade price with Microsoft 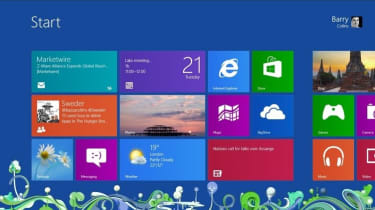 The Chinese government has said it will not upgrade from Windows XP to Windows 8 until Microsoft agrees on an upgrade price.

The country's government confirmed it will investigate upgrading its Windows XP system security though, now the aged operating system has entered end of life.

The Chinese government is not averse to upgrading to Windows 8, but said it considers the costs involved to be too expensive.

Microsoft withdrew support for Windows XP on 8 April and, although the UK government has negotiated an extended support period with the company this has been done at a cost of 5.5 million.

The Chinese government is not averse to upgrading to Windows 8, but said it considers the costs involved to be too expensive.

Yan explained the government began clamping down on pirated software in government in 2010 and spent hundreds of millions of pounds on upgrading all government operations to legal software.  He said: "Windows 8 is fairly expensive and will increase government procurement costs."

A quarter of all PCs in China are said to be running the antiquated Windows XP operating system and, although many companies said they would offer third-party support to users, this is likely to only last a couple of years and will culminate in everyone having to make the switch to at least Windows 7.

Microsoft will provide some security support to XP users, in order to help with migrations to newer versions of its operating system. The company wrote, "Microsoft will continue to provide updates to our anti-malware signatures and engine for Windows XP users through July 14, 2015."