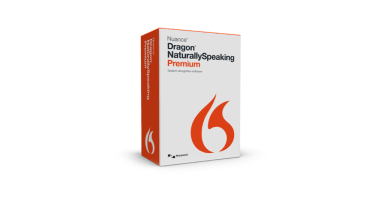 After a decade or so of being shuffled to the sidelines, speech recognition is back in the limelight thanks to Cortana, Siri and Google Now being pushed on mobile devices. Even games consoles and media players are using the hands-free technology for search and control.

What's more, as tablets and touchscreen devices grow more popular, the keyboard is no longer automatically the best way to enter larger quantities of text. It's a good time, then, for Nuance to launch Dragon NaturallySpeaking 13. The latest version claims to be more accurate than ever, introduces a revamped interface as well as more flexibility when it comes to dictation and transcription. Could this be its moment to shine?

It's certainly never been easier to get started. Once you've installed the program, set your basic language preferences and select your input method. Training comes down to reading out a few short sentences, designed more to test the audio setup than to configure the software for your accent or speech patterns. There is an interactive tutorial but even this is more concerned with taking you on a tour of the program's features than improving its accuracy. 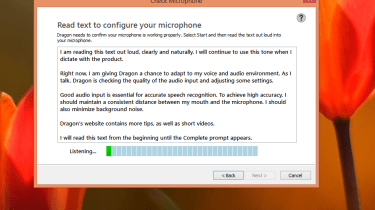 The lack of manual configuration isn't too much of a problem because accuracy is high out-of-the-box. Speak at a steady pace, and the software does a pretty good job of converting it to text. It makes the odd mistake, substituting words that seem to make sense in context, but aren't actually what you meant to say. But it's possible to edit these mistakes.

What's more, the more time you spend using NaturallySpeaking 13, amending its errors and filling in the gaps in its vocabulary, the better it gets. Within a few days, Dragon gets dictation right, and you'll come to appreciate the way it automatically handles strange spellings or peculiar formatting, automatically capitalising Windows when you mean the operating system, or adding extraneous capitalisation to words like PlayStation.

If you think it needs more training, it's still available; you can read short passages of text from a range of sample texts to get the software used to the peculiarities of your voice. You can also enable NaturallySpeaking 13 to check through documents or previously sent emails to sample text for context, spelling, jargon and your general writing style. The trick to getting the most out of this, or any other dictation package, is to stick with it. It's not bad out-of-the-box, and the more you use it the better it will get.

Of course, NaturallySpeaking does a lot more than just dictation. Even in Word, you can use it to change formatting on-the-fly, setting the font, size, colour and style, and most of the other standard formatting commands. Elsewhere, Nuance has improved NaturallySpeaking's integration with web browsers Internet Explorer, Chrome and Firefox are all supported, though at the time of writing the latest version of Firefox rejected the add-on. Nuance has also enhanced NaturallySpeaking's ability to work with common webmail services including Gmail, Yahoo mail and Outlook.com. 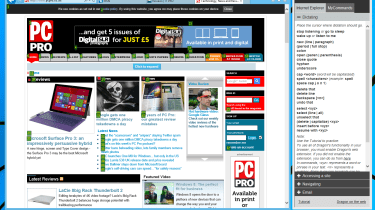 The results are mixed. The web is a visual medium, best handled with mouse or touch controls, and while you can pull off nifty feats, like searching Google, YouTube or Wikipedia for content with just a single spoken command, the general experience of browsing is still a little awkward. You inevitably resort to selecting links with NaturallySpeaking allocating each a number and you choosing one, while orders to click a certain button occasionally fail. We couldn't even get voice control to work on our own site, www.itpro.co.uk, though it would work on our sister site, PC Pro.

Similarly, while it's easy enough to compose an email by adding contacts, subject line and a message before clicking send. You can't help feeling that the process is long winded in comparison to doing things the old-fashioned way with keyboard and mouse. And while features to post directly to Facebook and Twitter show a willingness to stay up-to-date, they also feel a little gimmicky.

The good news is that there are more tangible improvements where the interface is concerned. The floating toolbar, dubbed the DragonBar, now expands and contracts automatically, taking up less precious screen real estate on a laptop, allowing you to focus on the most important menus and options. As you can do so much with voice, you don't even need to use it much of the time, anyway. The old sidebar, meanwhile, is now the learning centre; a strip containing genuinely useful context sensitive help including a list of relevant commands. 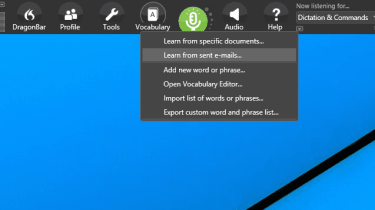 NaturallySpeaking has also become more flexible about the sources you can use for dictation. Once you had to use an unwieldy, if not mildly embarrassing headset, mic. Now, however, the application will work perfectly well with the microphone built into most laptop PCs. We've been using one for the majority of testing, and while your mileage will vary our test laptop has a better than average dual array setup the results are pretty good.

You can also use NaturallySpeaking 13 in concert with Nuances Remote Mic app for iOS or Android. Unfortunately, while it's theoretically easy to set this up and use the microphone of your smartphone or tablet to dictate, in practice we had problems making a connection both on an iPad and on Android smartphones and tablets. Judging by the forums, we're far from alone. 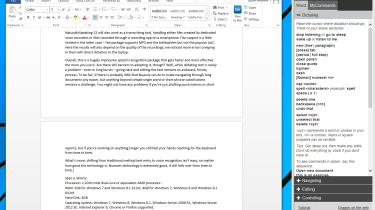 NaturallySpeaking 13 will even work as a transcribing tool, handling either files created by dedicated voice recorders or files recorded through a recording app on a smartphone. File support is a little limited in the latter case the package supports MP3, WAV and some proprietary audio files but not the popular AAC and the results will also depend on the quality of the recordings. We noticed more errors creeping in than with direct dictation to a laptop or desktop microphone.

NaturallySpeaking is a complex package, with perhaps too many settings, tools and options, but this version feels more intuitive and easy to handle than previous versions.

Are there still barriers to adopting it, though? Well, while dictating text is rarely a problem even in long bursts going back and editing the text remains an awkward, finicky process.

To be fair, there is probably little that Dragon can do to make navigating through long documents any easier, but anything beyond simple single word or short phrase substitutions remains a challenge. You might not have any problems if you're just drafting quick memos or short reports, but if you're working on anything longer you still feel your hands reaching for the keyboard from time to time.

What's more, shifting from traditional method of text entry to dictation isn't easy, no matter how good the technology is. It's harder if you work in a busy office, and in the end, it simply requires a different mindset. In the right circumstances, though, or if you're a poor to average typist, then there are real productivity gains to be made from adopting the technology.

NaturallySpeaking 13 Premium has the features, software integration and flexibility to retain its place as the gold standard in business-ready speech recognition.