The rewards users receive will be based on the "detail, quality and complexity" of the discovered vulnerability, says Microsoft 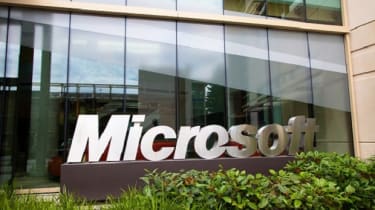 Microsoft is to offer rewards to anyone who discovers bugs within many of its online services.

Dubbed the 'Microsoft Online Services Bug Bounty Program', the company kicked off the scheme earlier this week, saying anyone submitting a bug is eligible for a minimum payment of $500 (340).

According to the post on Technet, bugs can include any vulnerabilities discovered in its Office, Outlook 365 and Office 365 for business email services applications, Sharepoint, Lync, Yammer and other services that belong to Microsoft.

A number of vulnerabilities have, however, been blacklisted including bugs that only affect unsupported browsers and plugins and those that would not necessarily pose a risk to people using its services in a regular way. Microsoft will also not pay out if a Denial of Service (DoS) attack is discovered.

Microsoft encourages those who wish to mine for bugs to set up test accounts for security testing rather than use live ones.

Depending on the severity of the bug, Microsoft will vary its payments, but the company says the minimum paid out will be $500 (340). However, the "detail, quality, and complexity of the vulnerability" will also be considered in determining the level of payment.

Some of the biggest tech companies around the world already offer rewards to researchers or regular users who uncover bugs or vulnerabilities. Twitter recently announced it would pay around $140 (85) for every security flaw its users find, while Yahoo came under fire for offering just $12.50 (7.65) in its scheme.