Microsoft has announced that Windows 10 will go on general release from July 29, with more details on the operating system also revealed.

Below we take a look at how the next version of the OS will compare to the existing Windows 8.1 operating system:

Probably the biggest complaint about Windows 8.x was the decision to ditch the familiar Start Button. Microsoft was so focused on introducing the world to its Live Tiles interface, it assumed users wouldn't mind a Desktop with reduced functionality. It was a critical error, which will be addressed in Windows 10.

We've known for a while the Start button would make a triumphant return but we're still excited as it will be supercharged. The Start Menu will allow you to access apps, search for content as well as pin apps, contacts and websites into it. 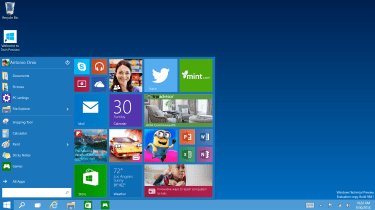 Windows 10 will be FREE for existing Windows 7 and 8/8.1 users for the first year as Microsoft looks to kickstart adoption.

Pricing after this has been unconfirmed, with PC Gamer claiming that Microsoft will revert to the traditional one-off license fee model.

Microsoft has confirmed that Windows 10 users will receive free updates for the lifetime of their device.

Microsoft's personal assistant will be pre-loaded into Windows 10. The firm claims that Cortana will be able to provide regional specific answers to questions. Users will also be able to access Cortana's Notebook at anytime to see what the AI knows about you and add or remove information. 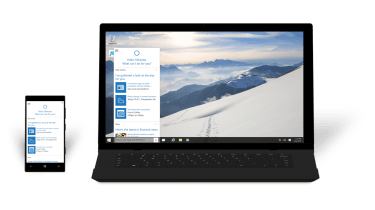 Microsoft will launch a new web browser for Windows 10, which will be called Microsoft Edge after dropping the "Project Spartan" codename.

So far three key features have been demonstrated:- Users will be able to annotate any web page using finger/stylus or keyboard input.- Spartan will have a reading mode.- The Cortana voice assistant will be integrated into the browser. 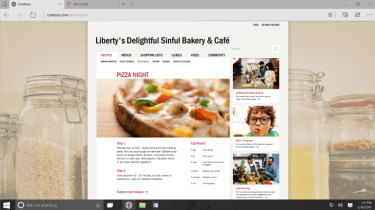 Microsoft has confirmed Windows 10 will support the Fast Identity Online (FIDO) standard. This means users will be able to sign into commonly used apps like Outlook using a variety of biometric tools from fingerprint readers to retina scanners.

"With Windows 10, for the very first time Windows devices and Microsoft-owned and partner SaaS services supported by Azure Active Directory authentication can be accessed end-to-end using an enterprise-grade two-factor authentication solution all without a password."

A specialised version of Windows 10 will be launched for smartphones, with revamped Office and Outlook applications, which resemble their PC counterparts. 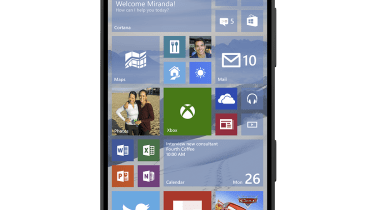 Windows Phone 10 will also have an integrated messaging hub for Skype, texts and other IM services.

7) Windows 10 interface will adapt via Continuum

Microsoft was so keen to push the "touch-first" mantra with Window 8, the experience on traditional machines where keyboards and mice were the primary form of input suffered. This was addressed to some extent with the 8.1 update and the problem could now be solved with Windows 10.

Folks asking about updating 7" *existing* devices to Win10 -- you keep your desktop, you get continuum. Go try it yourself now! :)

If you're working with a 2-in-1 hybrid like the Surface, you'll be met with the standard desktop while the Type Cover keyboard is connected. However, when you detach the keyboard the OS will detect this and prompt you to switch over to tablet mode.

This is something power users have been craving as it will make it easier to work on different projects simultaneously. This will also be handy for employees as they can keep their personal and work environments separate.

Developers will now be able to create one app that runs across all Windows devices from phones through to 85in touch displays.

Microsoft said it's also going to allow volume app purchases based on existing organisational identity and allow businesses to reclaim or re-use licenses.

Larger enterprises will be able to create their own customised app store for employees, with the ability to include selected public apps alongside in-house apps.

One of the main problems with Live Tile apps was the fact they could not be controlled like regular programs. This all changes with Universal apps. They will be framed in the same windows as programs so they can be resized, moved, maximized, minimized and closed.

Security and critical updates will continue to be pushed out on a monthly basis.

Consumers will get updates as soon as they are ready via Windows Update and now businesses will be able to opt-in' to a fast-paced cycle as well.

Microsoft will also allows businesses to lock-down mission critical apps and segment user groups to deliver updates in a more flexible way too.

Windows 10 will introduce a quadrant layout allowing up to four apps to be snapped on the same screen.The OS will even make smart suggestions to fill available screen space.

You'll be able to cycle through open apps using the familiar Alt + Tab shortcut, but there is also a Task View button on the taskbar. Pressing this will show all open apps, allow you to re-arrange them and switch between virtual desktops.

13) No more typos in Command Prompt

Power users rejoice as copy and paste will be enabled in Windows 10's Command Prompt.

Admins will be able to manage devices through traditional methods like Active Directory and System Center.

Windows 10 will include extended built-in mobile device management (MDM) capabilities - making it easier to manage device from the cloud.

This article was originally published on 1/10/14 and has been updated (most recently on 01/06/15) to reflect the latest information about Windows 10. 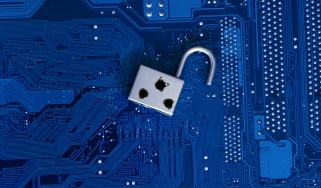 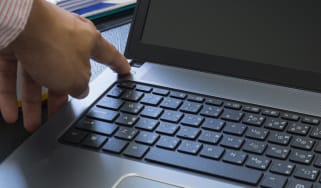 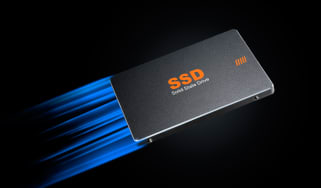