Microsoft confirms downtime was its fault, not hackers 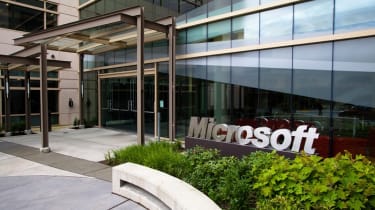 Microsoft has denied a cyber attack caused a selection of its sites to go dark at the end of last week, and has blamed the outage on a "bad code" rollout instead.

A selection of the software giant's sites, including Bing, Yahoo (powered by Microsoft), Hotmail, Outlook and portal.office.com went down on Friday, leaving users without access to them.

The outage occurred on Friday (January 2nd) and meant many of Microsoft's sites could not be reached, throwing up an error message rather than the landing page many users were expecting.

Initially, speculation on social networking sites blamed North Korea for the attacks as revenge for the Sony Pictures hack, but Microsoft later said it was the Japanese company's own fault the sites were inaccessible.

On Friday afternoon, it was widely reported that if users typed search.yahoo.com into their browser, they saw a message stating the search firm's engineers were working to resolve the issue. Others posted evidence that Cortana, Microsoft's virtual assistant, wasn't working either.

Although Microsoft jumped to fix the issues, its roll-backer servers failed, so it had to close down other linked servers to get everything back up and running.

All Microsoft sites were working by the afternoon UK time, although it then struggled to fulfil the backlog of requests so services were slower than usual.

Microsoft told news agency Reuters on Friday: "This morning, some of our customers experienced a brief, isolated services interruption which has now been resolved."

Late last year, Microsoft launched its right to be forgotten service for Bing and Yahoo, that meant users could ask for articles showing out of date or inaccurate information about themselves to be removed from searches.