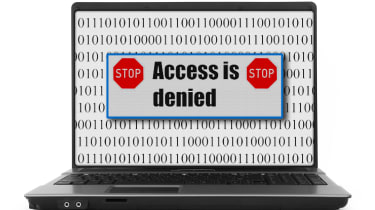 The company says any users who don't want parental controls switched on automatically will see a pop up box appear when they try to access adult themed content. They will then be able to decide whether to turn Homesafe on or off.

TalkTalk's four million subscribers will be diverted to the Homesafe account settings to set exceptions and the level of security they require, the company said. Although the Homesafe option will be pre-configured to be 'on', customers can switch it to off whenever they like.

Alex Birtles, TalkTalk's head of external communications, said in a blog post: "Filters will only ever be applied if the customer has consented and they're able to change their mind or edit their level of protection at any point."

Homesafe was introduced in 2011, but TalkTalk didn't start pushing the service until March 2012, when it began asking all new customers to decide whether they wanted to activate HomeSafe as part of the sign-up process when they joined TalkTalk.

Birtles said 80 per cent of its customers welcomed the move, while nearly two thirds said if TalkTalk hadn't prompted them, they wouldn't have switched the controls on at all.

Homesafe is just one of the actions TalkTalk is taking in order to make the online environment a safer place for children. "Last year we helped launch InternetMatters.org, a ground-breaking not-for-profit organisation that gives parents expert advice about online safety issues, such as cyberbullying, inappropriate content and sexting," Birtles said.

"Establishing an independent online safety organisation is a big commitment, but it's an important part of how we're making Britain better off."