Love in the time of tech: How vendors are trying to woo developers

To make a platform a success, vendors need to engage with developers in order to create a viable eco-system 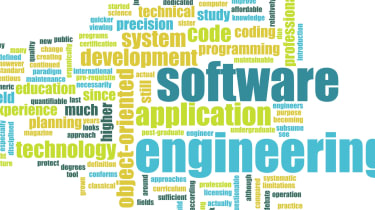 One of things that made the iPhone a success was when Apple opened up the nascent platform to third-party developers. Prior to that, the platform was closed off; Steve Jobs was reluctant to have others "mess it up", according to Walter Isaacson's authorised biography. Phil Schiller managed to convince Jobs that apps were the way forward and the rest, as they say, is history.

This has made vendors take more seriously the need to cultivate relationships with the developers in order to make their platforms a success.

Microsoft is a good example of a vendor that had the touch when it comes to wooing developers, lost it, and is slowly getting it back again.

No one can doubt the success of Windows. It was made on the back of building a platform that was incredibly easy to create applications for - somewhat akin to the network effect, having millions of applications that can run on your platform breeds its own success. But, as Microsoft has found, just because it worked last time doesn't mean it will work again.

Windows Phone, while being hailed as a critical success, hasn't gained the traction it needed to be a serious contender against Apple and Google. One could argue that the sheen has come off of Windows as well. Windows 8 and 8.1 haven't been the success Microsoft hhoped for, and this has meant developers have devoted more time towards other platforms, notably mobile ones as the focus comes away from the desktop.

This adversity has meant that for Microsoft, when it comes to courting developers the focus has shifted towards the cloud. In recognising that its mobile offering isn't as attractive as Apple's or Google's, the next best thing is to provide a backend platform for apps to run on, regardless of where in the mobile space those apps are consumed.

Of course this means Azure. Pulling existing services Microsoft Azure Websites, Mobile Services, and Biztalk Services under the banner "App Service" to make it more developer friendly could at least keep Microsoft in the game. It wouldn't matter what mobile or desktop device the app runs on as long as it is consuming Microsoft services around the back.

But Microsoft isn't the only firm trying hard to court developers. It would appear that hardware vendors have come to the conclusion that, as hardware becomes increasingly commoditised, developers are the key to staying relevant as the main differentiator between them becomes the software they can offer. The cloud and virtualisation are only accelerating this trend.

The likes of HP, Cisco and various other firms have taken a leaf out of Apple's book and created app marketplaces for ISVs to flog their products.

HP, sensing an opportunity in software-defined networking, launched an SDN App Store last year to push not only its own applications for HP SDN controllers but also software products from partners and developers. It also pushes other solutions, support and services around that eco-system.

A cursory glance through the app store is quite informative in that there are not many apps available and those that are, are mostly free. A successful app store needs plenty of apps, and those apps have to make money for developers in order to be commercial viable for the future. It also signifies that the mantra "if you build it, they will come" only works if your name is Kevin Costner and it is still the eighties.

So having a marketplace is not enough and neither is providing a backend platform to mop up the crumbs from the mobile table. The key things that vendors can and should still offer are APIs and SDKs.

Without these, developers can't get into the innards of an eco-system and do those remarkable things that make apps popular with customers.

Apple realises this, as can be seen in Metal. OK, this is more geared toward gaming and graphics rather than enterprise IT, but it highlights that if you want developers to come to your platform, you make the tools available so that they can do the kind of stuff the vendor hasn't the time or impetus to do themselves. Allowing direct access to the hardware in a stable and organised manner means that developers gain benefits in terms of speed and flexibility, while the vendor still has an element of control in that it sets the terms of what APIs and SDKs can and will allow.

You also trumpet the advantages of this to the developers so they can judge whether this is something that will be of value to their business. In turn, this extends the usefulness of a product back to the consumer, creating a virtuous circle that benefits the vendor, the developers and the end-users alike.

But ultimately, for vendors to cement the relationships with developers that keeps the eco-system alive they have to treat approach them in much the same way as the relationships we have between ourselves. A lot of work is required to keep things going, you can't just do things once and hope that's enough. Vendors have to keep coming up with the goods on a regular basis and developers need to feel the love, otherwise another suitor will woo them away for good.