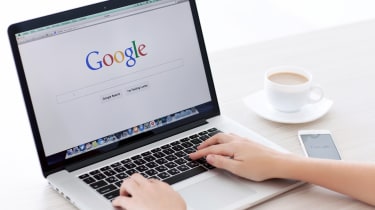 Getty Images, the US-based photo agency, has filed a competition lawsuit with the European Commission against Google, claiming that changes to the company's picture search function have given it an unfair advantage.

The complaint relates to changes made by the firm in 2013, which Getty claims promote 'accidental' piracy and maintains Google's monopoly over site traffic, engagement data and advertising spend. When Google allows users to view large, high quality images, the agency claims, there is no incentive for them to visit the photo's original source.

Yoko Miyashita, general counsel for Getty Images, said: "Getty Images represents over 200,000 photojournalists, content creators and artists around the world who rely on us to protect their ability to be compensated for their work. Google's behavior is adversely affecting not only our contributors, but the lives and livelihoods of artists around the world present and future.

"By standing in the way of a fair marketplace for images, Google is threatening innovation, and jeopardising artists' ability to fund the creation of important future works. Artists need to earn a living in order to sustain creativity and licensing is paramount to this; however, this cannot happen if Google is siphoning traffic and creating an environment where it can claim the profits from individuals' creations as its own."

The case adds to the many anti-competition lawsuits against the tech giant currently being investigated by the European Commission, such as accusations  Google's search results are distorted to favour its own products and services.

Last week, Google was handed a formal antitrust charge over Android's pre-installed apps, with the commission saying the firm abused its dominant position by incentivising handset manufacturers to bundle suites of apps, stunting innovation for others.

"Getty Images believes that images have the power to move the world by spurring action and driving change," Miyashita continued. "It is key that these issues with Google are addressed and that the dominant search engine in Europe leads users to legitimate sources for imagery, rather than creating an environment that benefits Google alone. A fair marketplace will allow photographers to continue to capture the ground-breaking imagery that informs and impacts the world every day."