Microsoft wants to embed Office 365 and Azure in the enterprise, SAP to bolster HANA's capabilities 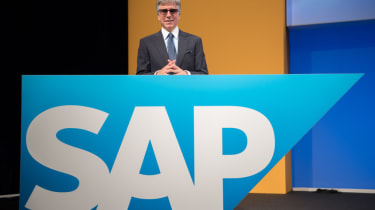 SAP customers will soon be able to run its HANA cloud platform on Microsoft Azure, as the two tech giants expand their long-running partnership.

Users will be able to run development, test, and production workloads in SAP's HANA, sitting on Microsoft's cloud infrastructure.

The latest partnership builds on SAP and Microsoft's agreement two years ago to let customers access various SAP applications such as Business Suite, Mobile Platform, and the SAP HANA platform through Azure.

While HANA already runs on Amazon Web Services (AWS), Microsoft and SAP claim that Azure will support customers' "largest and most demanding production workloads" on the HANA in-memory database, which was first released in 2010 to process data more quickly.

Speaking at the SAP Sapphire Now conference in Orlando, he told attendees: "We've taken the best of SAP and the best of our hyperscale cloud and brought it together. It means SAP applications are certified on Azure.

He also pitched Azure's standing as a global cloud provider, with datacentres across the world, as a benefit for those who choose to host HANA with Microsoft, allowing them to expand their services abroad.

"We run an instance in China so many of you operate global businesses you want to be able to run in China we enable that. We run this hyperscale cloud in Germany so you can now take advantage of that," Nadella added. 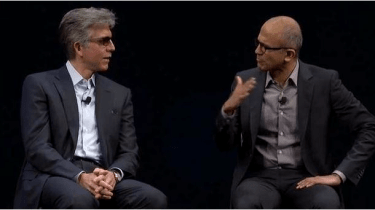 Analyst Ray Wang, founder of Constellation Research, told IT Pro that for Microsoft, the partnership is about making Azure an indispensable part of people's cloud infrastructure.

"Microsoft wants to ensure that Office 365 and Azure are part of everyone's landscape in the cloud," he said.

For SAP, the partnership allows it to leverage Microsoft's hardware to spread its software's reach, Wang added, saying: "The key thing to realise is that SAP won't be building out datacentres like Microsoft so SAP brings the apps and workloads. Microsoft has the compute power and global cloud," he said.

SAP CEO, Bill McDermott, said: "The certification of Microsoft Azure's infrastructure services for SAP HANA along with the new integration between Microsoft Office 365 and cloud solutions from SAP are emblematic of this major paradigm shift for the enterprise."

IT Pro has asked SAP when HANA-on-Azure will become available.

Concur, SAP Fieldglass, SAP SuccessFactors, and SAP Ariba now integrate directly with Office 365, the aim being to simplify things for customers who use tools from both vendors.

Expense management tool Concur will be able to access Office 365 documents, calendar, and other data, for example.

Nadella said: "You [can] take the combination of your cloud collaboration and communication software and your line of business software, because the work gets done at the seams between these two. Now we have that seamless integration, and I think that's fantastic."

The tie-up between SAP and Microsoft comes hot on the heels of a deal between SAP and Apple announced last week, in which the tech giants plan to let developers build B2B apps for the iPhone and iPad powered by SAP's HANA Cloud Platform.

In that deal, SAP's user interface software, Fiori, will also be combined with iOS to create a new coding language in order to help developers produce apps that are easy to use.

With Microsoft, SAP announced that developers building custom Fiori apps on the HANA cloud can choose to have those apps managed, deployed and protected by Microsoft Intune, its mobile device management software.

SAP's new integration with Office 365 should be available in the third quarter of 2016. 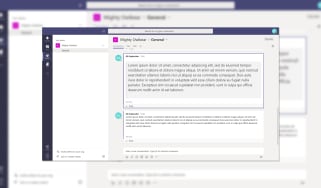