Microsoft’s new AI tells stories based on your photos

But the AI struggles to describe pictures as anything but “awesome” 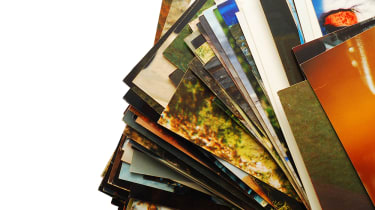 Microsoft's latest AI system can automatically caption photos based on the people and objects in them, and the context they were taken in.

In development at Microsoft Research, the aim of the project is to explain what appears in a picture, as well as what seems to be happening and how it might potentially make a person feel, the researchers told Live Science.

Computers are already at work identifying what is in photos, such as Facebook's auto-tagging and Google's image search, which is capable of matching similar images based on colour, objects and even postures.

Facebook's own AI development group, FAIR, last year revealed its own AI can recognise images in photos, while in April this year it started captioning photos for blind people via its own Automatic Alternative Text engine.

In order to build its own system, Microsoft's researchers used deep learning methods, for instance, getting the computer to learn how to identify cats in photos by analysing thousands of examples of cats.

Scientists fed more than 8,100 new images into its storytelling system to analyse what stories it generated.

But Microsoft's storytelling program could take those same images and suggest: "The family got together for a cookout; they had a lot of delicious food; the dog was happy to be there; they had a great time on the beach; they even had a swim in the water."

The system is still in it early stage for the time being.

However, the system still has a tough time differentiating words, and in the initial tests, has been prone to describe everything as being "awesome".

Margaret Mitchell, study senior author and a computer scientist at Microsoft Research, said the future for this technology is to "help people share their experiences while reducing nitty-gritty work that some people find quite tedious".

This is the latest AI experiment from Microsoft's research arm, which also let loose the disastrous Tay chatbot on Twitter earlier this year.

Amazon recently built out its own AI division with the purchase of Orbeus, an image recognition firm.