Apple and Microsoft top list of 100 most cherished companies 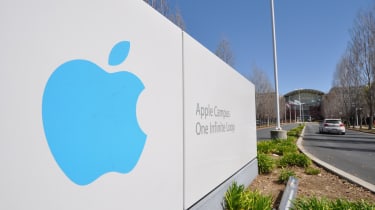 Apple and Microsoft have topped a global list of the most cherished companies, according to research firm FutureBrand.

FutureBrand looked at the top 100 companies in the globe by market capitalisation, and accessed them based on perception strength, instead of finances alone.

It asked 3,000 consumers from 17 countries to give ratings for each brand on 18 attributes, including trust, authenticity, innovation and personality.

Topping the list, Apple scored favourably in terms of authenticity, individuality, innovation, consistency and pleasure. However, the consumers surveyed felt the company needs to improve on resource management, well being and respect.

It was a similar story for second place, Microsoft, which scored well on purpose, innovation, story and indispensability, but also needs to improve on resource management, wellbeing, respect and pleasure, consumers felt.

Other technology companies also scored well with consumers.South Korea's Samsung was third on the list, bounding up a huge margin from its previous 2015 position of 33. The company's Samsung Galaxy S7is likely to thank for its positive image the smartphone has outsold Apple's iPhone 6s in some countries.

Facebook and Amazon also made it into the top rankings, in sixth and eighth place.Google, however, fell from its previous number one spot to 21, as part of its new parent, Alphabet.

UK businesses or divisions in the list included SAB Miller at 15, Unilever at 31, GlaxoSmithKline at 57, HSBC Holdings at 87 and the Vodafone Group at 88, and the BP Group at 97.