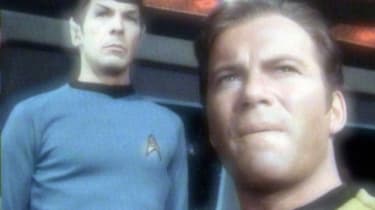 Microsoft is giving us more bots to chat with on Skype - including a Spock Bot to teach us the Vulcan ways.

The tech giant unveiled a preview of the bots in April, saying more than 30,000 developers have tried building bots on the preview platform since then.

The company has said it believes natural language interfaces such as its own Cortana and chatbots will be how we interact with computers in the near future.

Alongside the two dozen or so existing preview bots, the Microsoft-owned VoIP and messaging company worked with a series of partners to build five more AI helpers to further encourage the rise of the bots.

The Skyscanner bot will let you search for flights by simply typing "Paris in July", while StubHub offers a similar experience to let you find and book tickets. Hipmunk lets you find flights, hotels and travel advice using natural language in a chat client rather than via a structured search.

IFTTT is particularly interesting, allowing users to use triggers on the automation site to send themselves messages, such as social media notifications or smart home alerts, like if someone is at their door.

And then there is Spock. "You can even take a virtual Trek to the stars," Skype said in a blog post. "Chat with Spock, second in command of the USS Enterprise, to learn the ways of Vulcan logic." He's not much for conversation, but will instead try to walk you through a lesson on the rational ways of his people.

To use the bots, you will need the most recent version of the Skype app on your platform of choice - Windows, Mac, iOS, and Android - or try them out online at the Skype Bots website.

More bots are on the way, Skype said, adding that a recent hackathon saw ideas from helping you buy health insurance to picking a song to fit your mood.

As of July, Microsoft added three new features to its Skype bot platform: support for group conversations, so your entire family can talk to a travel bot at once; easier switching between webpages and different apps; and cards of information, such as travel destinations or ticket orders.

Skype is not the only messaging tool to look at chatbots, with Facebook also unveiling a bot platform earlier this year and even Sage creating a "funny" accounting chatbot.

Microsoft released its chatbot Tay on Twitter with mixed success - and a fair amount of rude comments.