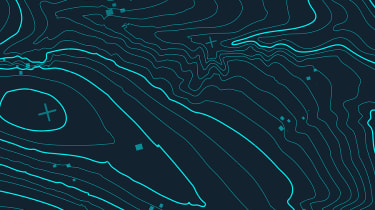 Sarah Lewin is head of pre-sales and technical research at Esri UK, a firm that specialises in geographic information systems (GIS) software and technology.

She took some time to speak to IT Pro during Women in Tech Month about her experiences working in the tech industry.

Tell me about yourself what's your background and what does your current role entail?

I came from a master's [degree] in GIS at Edinburgh University. I had an environmental slant through my A Levels and my bachelor's degree, so I understood how GIS might be able to help me in the field of the environment.

Straight out of my master's I got a job at Esri UK, where I worked in the technical support department for a little while, then moved into a professional services role and generally hopped around the company until moving in to manage the technical research team, which I now head-up, along with pre-sales.

For me, GIS software is a way of understanding geography and getting insights into spatial information. If you take pretty much any kind of data, the vast majority of it has got some sort of spacial context to it and GIS enables you to see those spacial relationships and actually get a lot more from your data.

The GIS workforce profile is almost a 50/50 split between men and women, which is in stark contrast to the majority of technological professions. Why do you think that is?

As a business, we do have a lot of women coming through and actually we probably see more women when it comes to interviewing at the graduate level than we do men now, which is a total flip compared to where it was when I first started [in 2000].

I think the majority of this is because people don't necessarily get into GIS because they like computing, people get into GIS because they love geography, which isn't a subject that's necessarily dominated by men or women. GIS is an enabling technology for geography and as you get into the subject you realise you can use it to give you far more insight into the subject you're looking at than anything else can. So it's sort of a side effect, rather than you taking a direct route into an IT subject.

That's how I think this must be happening, because it's certainly not from the computing side of things from the gender balance point of view, that area is still quite shocking.

So when it comes to ways to get women into tech, is this idea of introducing specialist technologies into other disciplines, like GIS and geography, a way forward?

Yes, and I think it's already going that way. Going through university now, you have to know how to work on a computer and work various different packages these are tools that you have to be able to use now to get on in life. It stops it being so specialist and just becomes a means to an end.

But there's still a lot of software that would require a background in computing and therefore gender imbalance is going to continue to be a problem across other parts of the IT industry, where you do need highly technical people. With only 8.5% of women taking an A Level [in IT], even if you want to balance things out, you've got such a small pool of people to pick from.

There's an increasing number of initiatives to get women and girls into technology now, such as Girls Who Code. Do you think these efforts will help increase that talent pool?

I'd like to think it will change, but it's difficult. I read some research a while ago about the number of girls doing what are considered to be traditionally male' subjects, like engineering and maths, in single-sex girls' secondary schools vs mixed sex schools. One of the things that frequently came up was that girls in single-sex schools are far more likely to take these subjects, so there must be pressure at that early age in a mixed environment to take a more traditionally 'female' route.

I imagine, though, that if girls are introduced to these subjects earlier and it's made a lot clearer that, actually, this isn't a male thing that women are capable of doing it too and do take up these roles it could make a difference.

But you have to overtly put forward these options. It has to be obvious, because it has to counteract the things you pick up by osmosis, the stuff that isn't in your face, but which is there in books and TV. It's in the little things that, when you start looking for them, become so obvious. Trying to find a film for my kids to watch where women are the heroes of it, rather than the woman who gets saved and gets married off, for example, is tricky. While there's more of this kind of media coming through, these stereotypes still dominate.