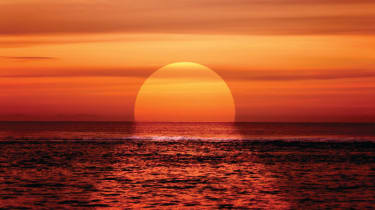 What action is required from Oracle? The company controls Java EE's core specifications, which critics claim needs updating if it's to remain relevant and secure. Rahman cites "functional gaps", such as the fact that Java EE 7 can't use HTTP/2, which rival platforms Node and .NET are expected to support before Java EE. There are also issues with security and compatibility with other strands of the Java and server-side environment.

"There are a number of specs that are overdue, such as a revamp of the security specification that's probably overdue by five years," said Rahman. "We need a modern, secure platform API for Java EE.

"Then there's alignment with Java SE 8 and that's not really happened yet because Java SE 8 was released after Java EE 7, so all of the work to make these two aligned can only happen in Java EE 8. It's a large functional gap because Java SE is well adopted, and we need Java EE to align with it. There's a long list of things that need to be improved."

Taking control in the wrong way

The Java EE Guardians group is worried that the lack of detail about Java EE 8 suggests something more troubling is afoot. It raises the "very troubling possibility that it is being done because Oracle is backing away from an open standards-based collaborative development approach and is instead pursuing a highly proprietary, unilateral path".

Until the company provides more details at JavaOne, this remains speculation, but the frustration within the community suggests developers would like Oracle to either make the platform more transparent or cut it free and let others assume control. "Oracle could either say it's moving it forward, which is what it's committed to doing but just hasn't done it yet," said Rahman. "Or it could step out of ownership and pass it on to other companies and say Here's control and you standardise it'."

The anxiety over Oracle's plans for Java EE is founded on the company's past performance with projects and standards that it's controlled but allowed to wilt. After Oracle's acquisition of Sun Microsystems, several projects were sidelined; Java EE user groups fear history could repeat itself.

"The reality is that Oracle's past actions are on everyone's minds," said Rahman. "It's easy to make parallels with Java EE and things like Hudson, OpenOffice and a lot of other similar projects a lot of things from the Sun portfolio. We've seen this behaviour over and over again."

A Sun open-source OS and community that Oracle discontinued and replaced with its proprietary Solaris Express. After Oracle closed the main Solaris project, a fork of the UNIX-based OS continued in the shape of OpenIndiana.

A Java-based continuous integration tool that also came out of the Sun stable, Hudson was free software that Oracle trademarked and then dithered about making commercial, which led to another fork in the platform, called Jenkins. Amid acrimony, the Hudson project collapsed and Oracle ended up giving it away in 2012.

The productivity suite evolved out of StarOffice, which Sun bought in 1999 and later made open source. The developer community felt Oracle wasn't pushing the software forward and disputes saw key developers jump ship and form the non-profit Document Foundation, which launched a fork of OpenOffice called LibreOffice. After a bitter dispute over control of development and licensing, Oracle eventually donated the OpenOffice trademarks to the Apache Software Foundation.