What is regression testing? 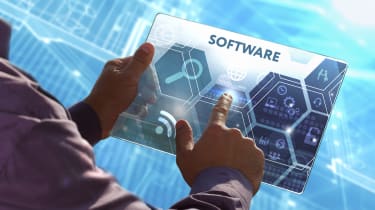 Regression testing is a crucial element of software development, making it possible for updated or amended applications and services to continue working securely and smoothly.

Whether straightforward or complex, all updates should be sufficiently tested to ensure that the new version remains in perfect running order, as even the simplest of bug fixes have the potential to fracture the software, thus negatively affecting user experience.

It is likely that a major update with numerous new features might cause something to go wrong - especially if it includes a UI update or a major overhaul. Whether the change is significant or minor, regression testing should be treated as an important element of the update process.

Another scenario which shouldn’t be excluded is that old bugs might potentially re-appear, causing it to significantly affect the software’s usability. This might happen when a previous fix is misplaced or forgotten during the code update, or when the developer working on the update simply forgets to put it back into place.

Regression testing has a reputation of being painstakingly drawn-out and costly, and therefore off-putting. Nevertheless, it should still be treated as a standard task in any development environment in order to ensure that the update does not cause any difficulties or complaints in the future

It's a necessary task for developers as any new features have the potential to break the basic functions of an application or software if not properly checked. Just as updates are inevitable in the high tech world, regression testing is equally important to keep it ticking along.

When should regression testing be carried out?

Regression testing needs to be carried out throughout the change process so it can be determined what is causing problems if the application or software stops working as a result of a change. It's usually carried out through the full or partial selection of previously executed test cases, which in itself systematically checks for snags or problems.

It is generally agreed that attaining acceptable coverage without wasting time should be the main consideration when running regression testing. You need to balance the need to spend as short a time as possible doing it while maximising the detection of new failures in old, pre-tested code.

Throughout regression testing, new software bugs or regressions may be exposed. Once recognised, the test cases that failed in the last execution of regression testing can have their defects fixed, and functionality is then successfully repaired.

Why is regression testing needed?

By seeking to uncover new bugs in existing builds after changes, regression testing should always be an important component of the testing process. Although it might be difficult to maintain, the benefits of persevering are significant. If you fail to conduct regression tests, it is likely your network will suffer from defects, become unreliable and perhaps ultimately fail.

Do not be tempted to skip regression testing. Think of it as an insurance policy. Regression testing discovers new defects resulting from product changes before they become a problem for you. To ensure the quality of your product it is wise to remember that performing regression testing has the capacity to save you time and money in the long term.

How to regression test

There are four ways of carrying out regression testing: retest all, selection-based testing, prioritisation and a combination of the above, known as hybrid testing.

The first, retest all, is the most thorough (and therefore, time-consuming and resource-intensive) method. As its name suggests, this way of performing regression testing specifies that all current test cases are monitored and analysed for integrity and function.

The next most intense way of regression testing is selecting just a specific part of the test to re-run. Depending on the parts needing to be tested, this will cut a significant amount of time and resource required, although it's not as in-depth and if some areas are still not showing to be stable, a retest all scenario may need to be triggered.

Finally, the hybrid technique provides users with a flexible option and is a combination of both the regression test selection and test case prioritisation methods.

There are both manual and automated regression testing tools available to test the health of your apps.

Good coding practise dictates that when a bug is located and fixed, a record of the test that exposed the bug is made. That test should then be re-run regularly after any future changes to the application. Although such testing may be completed through manual testing procedures, automated testing tools can be a more efficient option.

While users do have the choice of using free, open-source regression testing tools, most tech experts will argue it is prudent to adopt a longer-term view and consider the advantages of adopting a commercial testing tool.

Although Selenium is the most widely used testing tool, some users question the efficacy of Selenium and are moving to utilise other programs.  Some examples of quality applications with fast deliveries include: