Speak easy: How neural networks are transforming the world of translation

Translation software has gone from a joke to a genuinely useful business tool, thanks to machine learning 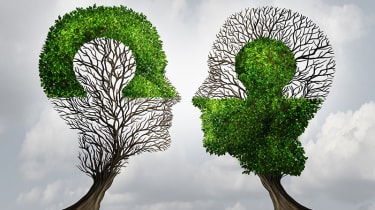 Towards the end of April 2017, an update was released for Google Translate allowing it to decipher between English and nine Indian languages using neural machine translation technology. Previously, Translate only supported translations between English, French, German, Spanish, Portuguese, Chinese, Japanese, Korean and Turkish. This was an essential step, as for multilingual countries like India, which has 23 official languages, translation is often required for domestic communication, not just international.

Google highlights that: "This new technique improves the quality of translation more in a single jump than we've seen in the last ten years combined". Yet adding more languages also had an unexpected benefit: that neural technology speaks a language better when it learns several at a time, similar to how it's easier for humans to learn a language when they know a related one. This means if there isn't a lot of sample data for one language, such as Bengali, but there is a lot for another, like Hindi, then the translation is able to use one to intelligently fill the gaps in the other.

Google Brain, the company's dedicated deep learning and AI research project, recently announced researchers there are using neural networks to aid language translation from speech to text. A user speaks the language they want translated and it's then written in a different language straight away eliminating the need for a transcription of the text in the original language.

Translating speech directly to text can be useful in a number of ways. One example is Robot Lawyer's Do Not Pay, which was originally built to help people work out if they had to pay a parking fine or not, but now also helps people apply for refugee status in countries where they will typically not speak the native language. Another example is Babylon, an AI-powered health app that helps users diagnose themselves through a series of questions. Opening it up to other languages increases the number of people it can help.

According to Rick Rashid, founder of Microsoft Research, in the 10 years between 2000 and 2009 there was no change to word error rate in automatic speech recognition (ASR) software that transcribes speech into text.

But, thanks to the development and implementation of deep-learning neural networks, researchers at Microsoft, the word error rate in translations was improved drastically.

"In 2012 I was able to stand up on stage in Tianjin, China and have my own voice simultaneously translated from English to Chinese live on stage," Rashid says. "This was a testament to the huge improvement in word error rates and to the translation technology we put in place." 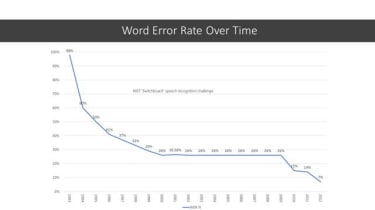 This technological jump could aid the business world, where organisations span multiple countries and continents and where clients or colleagues often don't speak the same language. In particular, it can help SMBs grow faster and expand into areas of the world where the language barrier would otherwise present a significant obstacle.

It may have a huge impact on cross-industry learning too. Communication across borders would be vastly improved, and the sharing of information and data would be made more efficient as a result. More business models can be adapted and put to use in different industries to foster ground breaking change.

There's still much more to be explored with neural networks and Gelenbe still thinks the most exciting neural network discoveries await us.

"To understand how our brain does very complicated things very quickly and so efficiently, is still before us - the future will be more exciting than the past."