Two-thirds of businesses 'stuck on Office 2007' 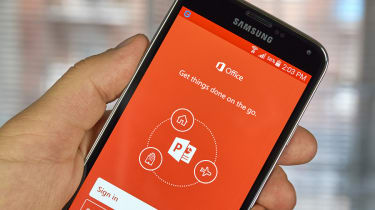 The majority of businesses are using legacy Microsoft Office suites that have reached the end of their support period, a report by Spiceworks has revealed.

Spiceworks explained that despite businesses knowing the risks of using out-of-support productivity suites, IT teams haven't been able to upgrade to newer versions of the software yet, such as Office 2010 (used in 83% of organisations), Office 2013 (46%) and Office 2016 (17%).

"Although they're aware of the security risks of running end of life software, many IT departments haven't had the budget, time, or resources required to implement new productivity suites and train end users accordingly," said Peter Tsai, senior technology analyst at Spiceworks.

"However, as IT budgets and staff begin to grow in 2018, more organisations will look to invest in newer cloud-based and as-a-service productivity suites with more resources to manage the transition."

The study also referred to the uplift in popularity of other suites such as Google's G Suite, which is used by 17% of companies with a further 16% using the search giant's free productivity tools including Gmail and Google Docs. This is much higher in some sectors such as education, with 54% of the sector adopting Google's cloud-based products.