Wunderlist: Much to-do about nothing 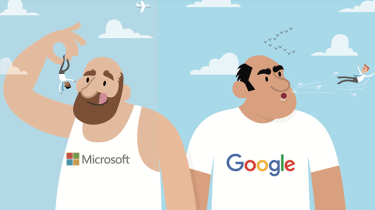 Every so often, of a Wednesday morning, I'll get an email from the estimable editor of Web User, saying something like: "Forgotten your column again?" Admittedly, there's only one thing responsible for this occasional lapse of memory and that's yours truly.

But if I'm taking someone down with me, it's Microsoft.

In 2015, Microsoft splashed out somewhere in the region of $150m on the magnificent to-do list app Wunderlist. Beautifully designed, compatible with almost every mobile and desktop platform you can think of and stuffed with useful features, it was easy to see why Microsoft might want to make Wunderlist its own.

The purchase of Wunderlist "further demonstrates Microsoft's commitment to delivering market-leading mobile apps across the platforms and devices our customers use," said Microsoft's spokesperson Eran Megiddo at the time. Sadly, this was a 100%, copper-bottomed fib.

Microsoft left Wunderlist to rot. In the two years since I started using it, not long after that 2015 buyout, I can't recall a single update of note. Most criminally of all, while Microsoft was begging other app makers to create 'Live Tiles' for the Windows 10 Start Menu, it couldn't even be bothered to make one for Wunderlist. And what better use of a Live Tile than as an at-a-glance reminder of the tasks in your to-do list? It's precisely the short snippets of data that the Start Menu was designed for!

Then, earlier this year, came the inevitable announcement. Microsoft was shutting down Wunderlist in favour of a new app, Microsoft To-Do. This new app looked like Wunderlist but was missing half of its most useful features: no sub-tasks, no option to make notes on tasks, no integration with all the calendar apps that Wunderlist supported.

To this day, Microsoft's own Outlook app will display to-do items in your calendar from the condemned Wunderlist, but not from To-Do.

Only Microsoft could fork out $150m on an app and then spend two years making it worse.

Well, I say 'only Microsoft', but that's not true. All the big tech firms are at it: hoovering up innovative apps that could be potential competitors and then either sucking them up into the Borg or closing them down entirely. The Sunrise calendar app (also bought by Microsoft), the Picasa photo software (Google), the Quickoffice mobile app (Google again) and TweetDeck (Twitter) all once popular apps that have either been closed or significantly worsened since the big boys got hold of them.

Part of the blame lies with the app makers themselves. Many of these apps are given away for free, haemorrhaging money with no conceivable means of ever making a profit. They're launched with the specific intent of one day being snapped up by Microsoft, Google or any other internet behemoth with wads of cash to chuck around.

And once they've picked up their big cheque, the developers disappear over the horizon, often launching new apps with the specific hope that they too will eventually be snaffled by the giants.

Caught in the crossfire of all this are you and me the customers. The big shiny corporations don't care if you're a devoted user of the app they've just bought they'll strip the assets, shut it down and tell you to sling your hook. After all, like buses, there will be another one along in a minute.