The use of speech recognition tools could revolutionise the NHS, but departments are slow to adopt. 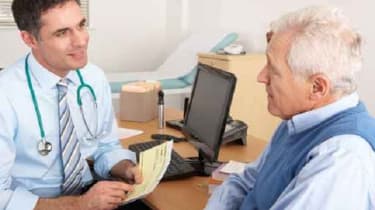 Greater adoption of speech recognition software across the NHS could speed up diagnosis and treatment times, but integrating the tools with legacy IT systems is preventing this from happening.

Several healthcare professionals shared their experiences of using the firm's tools and the benefits they bring to clinical environments, at an event organised by speech technology vendor Nuance in central London yesterday.

The old fashioned narrative of a medical secretary working in a surgery no longer exists. My secretary has to find alternative things to do.

Nuance also used the event to showcase Florence, the firm's healthcare-focused virtual assistant, which can respond to doctor requests for patient data and issue prescriptions based on voice commands.

Dr. Ivan Camphor, a senior partner at the Heatherlands Medical Centre, told attendees how speech recognition software has transformed the way his GP surgery operates over the past two years, especially when it comes to writing up appointment notes.

This is a process all doctors are required to do by the General Medical Council (GMC), he explained, so that they have an account of what's been said to a patient should their judgement ever be called into question.

"Most GPs use two fingers to type and it takes them forever to do," Camphor explained.

However, using Nuance's Dragon dictation software makes it easier for doctors to keep track of exactly what the patient has said during their appointment by converting their speech into a written record.

"I have freedom of talking into something and it would deliver it word perfect into EMIS Web [a software suite widely used in general practice across the UK] and more importantly it would be done with the patient sitting there next to me and they can correct me if I make a mistake," Camphor explained.

"It's a communal thing. It's not just me writing the patient record. We're writing it together, and affirming that is the true record," he added.

The software has also sped up the time it takes to issue referral letters for patients, as these would traditionally be dictated by a doctor onto a cassette tape and then transcribed by a medical secretary.

Now, doctors can dictate the letters directly into the web-based Choose and Book service, which is the system used to process referral requests, and send them off while the patient is still in the room.

"What this has done is made people redundant in Primary Care. The old fashioned narrative of a medical secretary working in a surgery no longer exists. My secretary has to find alternative things to do and this is where the true potential in all this is," he said.

"Primary Care is expanding and developing and there are increasing demands, financially and...in other areas, and GPs need to expand but they can't do that without resources. This releases resources in Primary Care."

Up to now, adoption of voice recognition tools by the medical community has been slow, with Camphor claiming the technology has not been marketed well enough and that some people have tried similar systems in the past and been disappointed with the results.

Speaking at the event, Dean Harmse, departmental head of dermatopathology at Plymouth Hospital NHS Trust, said take-up has also been hindered by problems integrating the tools with existing IT systems.

His organisation received a 50,000 NHS innovation award for its use of speech recognition technology to reduce the time it takes to analyse tissue samples. This in turn has sped up the diagnosis of medical conditions.

"The biggest challenge, in my opinion, are integration problems with existing software. That will stop [the use of this software] dead in its tracks," he warned.

However, this is a challenge that can be overcome, though, with the right deployment partner, he added.