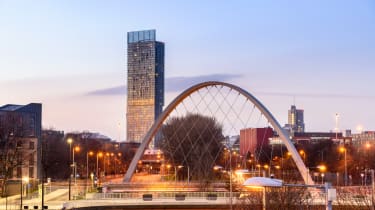 Online card and gift service Moonpig will be opening a technology and development centre in Manchester as part of its ongoing expansion plans.

The new facility will be located in the Spinningfields complex in Manchester's city centre alongside a number of other tech firms. The project is being spearheaded by Moonpig CTO Peter Donlon, who has ties to the area thanks to his time at Manchester Metropolitan University.

"Moonpig produces over 15 million completely one-off items for customers every year, each one uniquely personal to the sender and receiver, and powered by our 'emotionally intelligent' technology," said Donlon.

"We're seeking the best engineering talent out there to turbo-charge the Moonpig business going forward. We selected Manchester for its thriving tech scene and wealth of exceptional talent."

The new Manchester office will be led by Mark Evans, who previously worked with Donlon at Sainsbury's as part of the software engineering leadership team and joins Moonpig as head of engineering.

Manchester, along with other northern cities like Leeds and Newcastle, is quickly establishing itself as a fertile breeding ground for tech companies as more and more startups eschew London as a base of operations. Access to cheaper property and a plentiful supply of tech talent from universities across the North of England has tempted many organisations away from the capital.

Moonpig is also launching a recruitment drive to fill 50 new engineering roles, which will be split across the new Manchester facility and the company's existing London office.