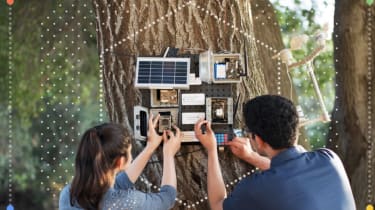 Google may have quietly killed its "Don't be evil" mantra, but that's not stopped the company from forming the Google AI Impact Challenge (GAIIC) fund to help social and economic problems.

GAIIC is a $25 million (20m) fund intended to aid in the research and development of AI solutions to solve real-world social and economic problems. Announced in a blog post, it builds on Google's pre-existing AI ventures such as DeepMind and Duplex.

The fund is available to non-profits, social enterprises, research institutions and even for-profit organisations (if it can prove charitable purposes). Potential applicants can apply for between $500,000 (400,000) and $2 million (1.6m) in funding for projects. In addition, if chosen, organisations will receive help from Google's AI experts and access to its computing resources.

Recently, Google's AI research has been used to monitor whale songs in a bid to better understand migratory and breeding problems, so to reduce human impact on 15 endangered whale species.

The fund is an undertaking of Google.org, Google's charitable arm. This charitable division has previously used data to fight racial bias in the US police force.

Applications are open until 22 January 2019, and will be judged on a variety of factors such as size of impact and necessity of AI in the undertaking. The chosen institutes will be announced at the 2019 I/O event conference. Ten judges have been selected for the competition from different locations and organisations around the world, including Google.org president Jacqueline Fuller and tech guru Tim O'Reilly.

While it's always commendable to see a major organisation putting its wealth to good causes, Google is quite frequently dipping its toes into some ethically dubious practices too. Its recent work includes creating a censored Chinese search engine, tracking its customers without their consent, and developing AI to help create murder-drones its scrapped "Don't be evil" mantra would be rolling in its grave.