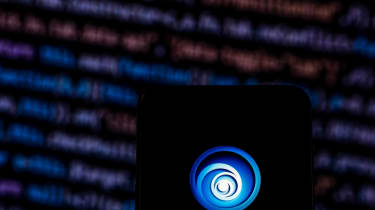 Mozilla has partnered with games developer Ubisoft to integrate an artificial intelligence (AI) system into the Firefox development process.

The gaming firm's Clever-Commit coding assistant will be integrated to streamline the Firefox coding process initially by reviewing lines of code prior to release to spot any issues that developers may have missed. By assessing historical information, Clever-Commit will flag any issues that bear similarity to previous buggy code and alert a developer.

If this implementation proves successful, Mozilla will then bring the AI system into the early stages of code-writing, especially in the automation phase. The firm says that integrating Clever-Commit into the full workflow will stamp out three or four out of five bugs before they are introduced into the final code.

"And underneath all of this is a complex body of code that includes millions of lines written in various programming languages: JavaScript, C++, Rust. The code is regularly edited, released and updated onto Firefox users' machines."

He added every Firefox release, normally published every six to eight weeks, comprises an average of 8,000 software edits loaded into the browser's code by hundreds of Firefox staff and contributors.

Combining data from the bug tracking system and the version control system, or changes in the code base, Clever-Commit will use AI to detect patterns of programming mistakes based on historical development data. It'll allow the firm to address bugs at a far earlier stage where doing so will be less resource, and time, intensive.

Developed by the Ubisoft La Forge research team, Clever-Commit was first released as a prototype in 2018 to improve the quality of games on release. It began life scanning the development process of big-budget games to quickly identify and fix bugs more frequently.

"Working with Mozilla on Clever-Commit allows us to support other programming languages and increase the overall performances of the technology," said Ubisoft's technical architect data scientist Mathieu Nayrolles.

"Using this tech in our games and in Firefox will allow developers to be more productive, as they can spend more time creating the next feature rather than fixing bugs. Ultimately, this will allow us to create even better experiences for our gamers and increase the frequency of our releases."

Ubisoft added Clever-Commit is being used by hundreds of developers and has been integrated into already-released and upcoming titles such as For Honor and Rainbow Six Siege.