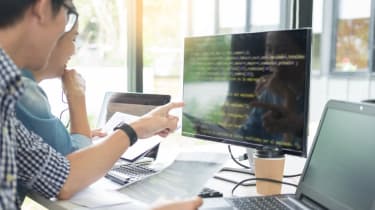 The technology industry is facing a crisis. It's not to do with data privacy, the threat of government sponsored hackers or the rise of sentient AI; it's a crisis of skills.

The need for skilled tech workers is rapidly outstripping the pool of available candidates. According to a recent Gartner report, at least 70% of employees don't possess the digital skills needed to support both their current role and future career progression. This problem could become even more pronounced with the arrival of Brexit, as immigrants with the relevant knowledge and training may find it more difficult to move to the UK. Research from Nesta indicates that Brexit could have a dramatic negative effect on the availability of skilled tech staff for UK businesses.

One of the solutions to this problem is to encourage more young people to explore training and careers in the tech sector, but this may not be an easy prospect. According to a Tech Nation survey from last year, more than 60% of young men and 85% of young women have no interest in pursuing a technology career.

Many young people still feel that specialist qualifications and degrees are the only way to get into technology, and Nesta's research showed that more than half of young people felt that there weren't enough opportunities to access the training necessary for a career in technology. There is also a misconception that technology careers primarily involve sitting in a windowless cubicle, mindlessly punching code into a terminal window. If we want to get young people into tech roles, we need to show them how fun and dynamic they can be, and emphasise the fact that technical knowledge is just one avenue into the industry.

The first step is demonstrating the breadth of different job types that are available. Programmers and coders are far from the only people who make up IT and development teams. Project managers, UX designers and scrum masters are all vital roles within a technology team that involve no coding whatsoever. Instead, these roles rely on skills like organisation, planning and creative design to help accomplish development goals.

The rise of low-code/no code platforms like Appian, Google App Maker and Microsoft PowerApps also means that in some cases, software developers themselves don't even need to learn a programming language. Instead, they can make use of intuitive graphical interfaces, drag-and-drop systems and other tools to create apps without writing a single line of code.

Of course, the value of knowing how to code shouldn't be undersold, and there are many reasons students and young professionals should add programming to their skillsets. Coding roles might have a reputation for being stuffy and boring, but they can be extremely challenging and stimulating. After all, the vast majority of programming revolves around problem-solving; every compiler error is a new puzzle waiting to be tackled.

On top of that, you have the satisfaction of actually building something. Nothing can quite match the feeling of being able to point to a finished product and say 'I made that'. More to the point, tech roles often involve building some of the coolest things, working with innovative cutting-edge technology like containerisation, Big Data and artificial intelligence in order to create groundbreaking products that can revolutionise people's lives.

For proof of how intoxicating the sheer act of coding can be, just look at hackathons; these events are competitions where programmers come together in their free time to test their abilities against one another, racing against the clock to create a functioning product from scratch in as little as a few hours. These competitions are popular over the world, with many attracting thousands of entrants.

One of the companies responsible for hosting events like this is Reply. Reply is a network of interlinked companies that offers consultation, digital services and systems integration to some of the world's biggest companies, specialising in areas such as cloud computing, IoT and Big Data. The companies that make up the group cover a huge range of industries, including logistics, manufacturing, financial services, 3D modelling, digital media and many, many more.

Reply's mission is to foster innovation and to help support and grow the tech ecosystem by encouraging the development of next-generation tech skills. As part of this mission, the organisation hosts a number of challenges, hackathons and events designed to help bring students and young people into the technology industry.

One such event is the recently held Reply Code Challenge, in which competitors solved mathematical logic problems by creating an algorithm from scratch, in any programming language of their choice. Each member of the winning team received a free MacBook Pro, courtesy of Reply.

It's not just coding, however; Reply also organises a similar competition focusing on cyber security, with a further creative competition set to be launched later this year. To find out more about Reply's challenges and to register for the next event, please click here.

The impending skills shortage poses a genuine threat to the future of the UK tech industry, but hackathons and competitions like the Reply Code Challenge could be part of the solution. Events like this provide students and young people with an opportunity to explore the fun and creativity that technology can offer. Not only that, but they're helping to open the next generation's eyes to the possibilities offered by a career in technology, and helping them build the skills and contacts required to pursue one. 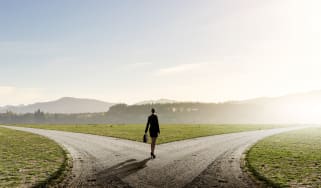 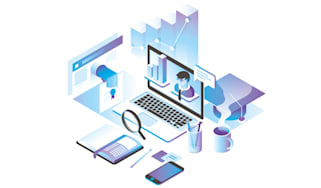 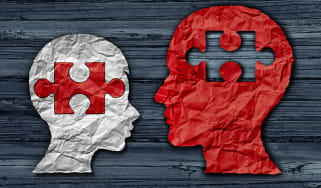