Python is now more popular than Java among developers 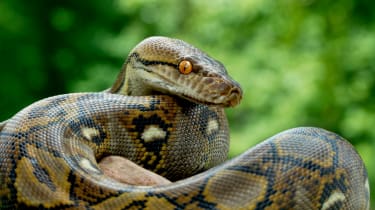 Python is now thought more fondly of among the developer community than Java for the first time, according to Stack Overflow.

It's now the second most-loved coding language with, behind Rust, which is favoured by 83.5% of developers, having overtaken Java for the first time ever.

Both Python and Typescript came joint second, with 73.1% of developers saying they were the languages they loved to use the most.

Unsurprisingly, Javascript was still the most popular language, with almost 70% of respondents using it as their primary tool, while HTML/CSS came second, SQL third and Python fourth.

The Stack Overflow developer survey also revealed that developers are getting younger, or at least more passionate about coding at a younger age.

More than half of those questioned around the world said they had written their first line of code by the time they were 16. This is great news for the development of new skills, as it would seem introducing coding into schools is having a positive impact.

The majority (41%) of developers coding professionally had only been doing so for less than five years, showing it's certainly an upcoming profession. However, a huge 85% taught themselves how to code without a formal course.

But this isn't stopping developers in western Europe feeling a little pessimistic about the future of development. Although Chinese respondents were positive about the future of technology, saying it'll enable younger generations to experience a better life than their parents, Europeans don't think it will have such an impact.

"Among our respondents, both in the United States and internationally, women are about twice as likely as men to have three years of coding experience or less," the report said.

"Companies interested in building a diverse developer workforce that is more reflective of society should focus on retention of their senior developers from underrepresented groups, along with thoughtful hiring from the population of more junior developers."