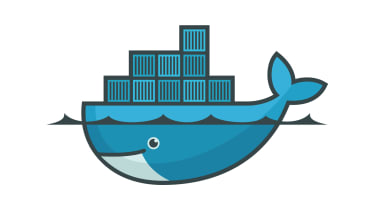 Mirantis has acquired Docker's Enterprise Business Platform to accelerate its Kubernetes as a service deployment.

The terms of the deal are confidential but Mirantis will absorb all Docker enterprise customers and contracts, along with its strategic technology alliance and partner programs.

Docker was once the leader in containers but lost some ground after Google open-sourced Kubernetes. Its enterprise business was still healthy, however, with a fifth of global 500 companies on its roster, according to TechCrunch.

But with this section of its business now gone, Docker said it will continue to focus on tools for developers.

Mirantis said joining its Kubernetes technology with the Docker Enterprise Container Platform brings simplicity and choice to enterprises migrations. CEO Adrian Ionel said it's the easiest and fastest path to the cloud for new and existing applications.

"The Docker Enterprise employees are among the most talented cloud-native experts in the world and can be immensely proud of what they achieved," he said. "We're very grateful for the opportunity to create an exciting future together and welcome the Docker Enterprise team, customers, partners and community."

Neither firm has disclosed the fee for the deal, but it signals a new direction for Docker. Shortly after the announcement, the company revealed it had secured a $35 million investment from Benchmark and Insight. There has also been a change at the top, with former CPO Scott Johnston assuming the role of CEO from Rob Bearden, who replaced Steve Singh in May.

"Going forward, in partnership with the community and ecosystem, we will expand Docker Desktop and Docker Hub's roles in the developer workflow for modern apps," said Johnston.

"Specifically, we are investing in expanding our cloud services to enable developers to quickly discover technologies for use when building applications, to easily share these apps with teammates and the community, and to run apps frictionlessly on any Kubernetes endpoint, whether locally or in the cloud."