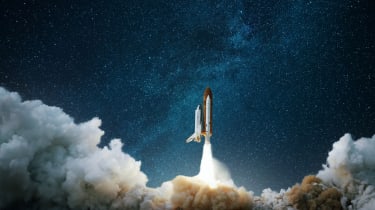 Bottlerocket is being pitched as a purpose-built operating system designed with a single-step process to make it far easier to automate updates, while also cutting out much of the unnecessary elements found in general-purpose software.

Its biggest selling aspect is its dual partition setup, running as active and inactive. When an update is issued, the inactive side is changed first, with the system then switching the positions of the partitions in order to complete the update.

The OS also uses image-based updates, which means the update can be rolled back in its entirety if necessary, helping to reduce downtime and minimise process failure. This is in contrast to most general-purpose operating systems which use a package-by-package approach.

As part of the slimmed-down design, Bottlerock takes a different approach to authentication and secure login normally found on general-purpose systems. There's no SSH server to support secure logins, although users can use a separate container to access admin controls.

The new OS also supports all the container tools you might expect, including Docker images and anything conforming with the Open Container Initiative standard. The system is also built with some third-party components, including the Linux kernel, the container's runtime, and Kubernetes.

The OS is currently in a preview state, and is hosted on GitHub alongside a host of tools and documentation to support its use. Among these is a Bottlerocket Charter, which claims that the OS is open and "not a Kubernetes distro, nor an Amazon distro", adding that such a platform can only be built with the support of a wider community.

Despite its open nature, the OS is optimised to work best with AWS tools out of the box, specifically Amazon's Elastic Kubernetes Service (EKS).

The OS is currently available in a free public preview as an Amazon Machine Image (AMI) for Elastic Cloud Compute. Once released to general availability, Bottlerocket will come with three years of support, incorporated into AWS support plans at no extra cost.